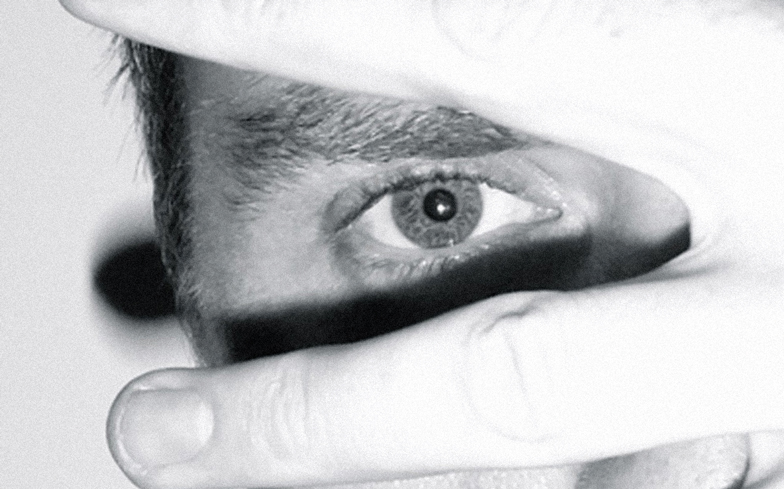 I’m 28, and recently separated from my wife after 10 years together.

I’ve been attracted to all genders throughout my life, though I never quite accepted it or understood it. Any same-sex experiences I’ve had were a few experimental fumbles at teenage sleepovers, but nothing of any substance – no sex of any description, not even kisses.

Now I’m single and out as bi, I want to explore that area of my sexuality – but I don’t know where to begin. I downloaded a hookup app, but the forwardness and almost aggressive confidence of everyone on it scared me.

I don’t want to date, particularly, but at the same time I’m not in a position to just hook up – I don’t even particularly know my preferences regarding sexual roles or anything like that. How do I start working all this out? What should I do? The thing about sexuality is that once we finally work out what we want and when we want it, and who from, we can’t wait to get going and try the lot. It’s like we’ve finally got out of prison and suddenly all those treats we missed out on are available – right there to be taken. But for most of us, this is the wrong way to go about it.

I’d say it is more important to find other interests where you would meet gay or bi men and let the sexual stuff happen naturally. There are tonnes of sports teams, creative groups, support groups and that kind of thing that have social elements and are not primarily about shagging but more about getting comfortable in your own skin. There is nothing wrong with shagging, of course, but there is more to being gay or bi than the in and the out.

I’d say you should worry less about the right and wrong way to do things. Hookup apps can be very off-putting because in the first instance most users will expect others to be at the same level they are emotionally. There is a natural assumption that everyone is on the same wavelength. Navigating these and keeping your sanity and confidence can be tricky, but I wouldn’t give up on them altogether.

If you are going to use them, I would make your intentions very clear. Say, perhaps, that you are just looking for chat and friends at first. Block anyone who is too full on or disrespectful. Keep your profile simple and honest and positive. Say what you are looking for, not what you’re not. There are search filters – use them. Don’t be afraid to approach people you’re interested in. Steel yourself, of course, for the disappointment that they’ll turn out to be idiots or meatheads. ‘Twas always thus. But at least you tried. It can be easy to get disillusioned but you have nothing to lose.

Regarding sex and “roles” – this is the kind of thing you don’t have to be too prescriptive be about, despite what others on the scene may have you believe. I don’t know the breadth of your sexual experience with women, but you were married for a while so I assume you know your way around an undercarriage.

Working out what role you are before you have actually been intimate with someone is kind of pointless – it only helps others to categorise you and doesn’t really answer any questions you might have about yourself. In most cases, what you are interested in doing and how far your are prepared to go depends on who you are with, how you feel at the time.

If you are nervous about some aspects of gay sex, stay away from them but give yourself the option of exploring it for yourself. If you want to work things out before you’re alone with a partner, look into using sex toys to explore your own body and your boundaries first before you try it with someone else. You might love it, you may not. This tends to be related to personal preference rather than experience. Some men who’ve been active for decades won’t even consider anal sex of any description – but it doesn’t make them any less gay or bi. It’s the freedom to decide what suits you.

When most gay or bi men come out or decide that’s who we definitely are, the first thing we do is rush out and make loads of huge mistakes which, hopefully, we learn from. This option is available to you – and perhaps it is a rite of passage you need to go through – but you need to make sure you’re looking after your emotional interests too.

A thing to remember is while gay and bi men on apps might act like they are insatiable sex addicts who think of nothing else, in the flesh they are very different. I think going out and meeting them – on the scene if there is one – is a much better option to you. Don’t be afraid to reveal your relative inexperience, by the way. Not all men will try to take advantage of it. Most gay or bi men will remember what it was like (and may well have had bad experiences) and will be sympathetic rather than judgemental. We can be a caustic, wounded and reactionary bunch at times but don’t buy into the myth that the “mean gay” is the majority or even particularly common. We all have a first time and nobody’s mission is ever going to be to ruin yours.

So I guess my advice is, if at all possible, work on yourself first. Be comfortable with who you are and seek out friendship or companionship of others like you, be it through some other pursuit or just making friends, and you should find the sex stuff will work itself out as you yourself evolve. I know you’re impatient to get started, and if you want the instant gratification and the associated (possible but not inevitable) disappointment then it is out there waiting for you. But if you want to ease yourself in gently, think self first, sex later.