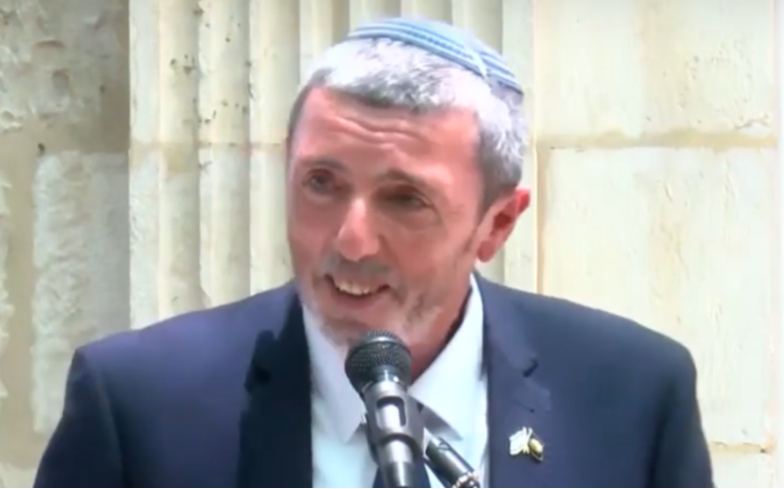 These aren’t the first controversial comments from Rafi Peretz.

Israel’s Education Minister Rafi Peretz has once again made anti-LGBTQ remarks. During an interview with the Israeli daily newspaper Yedioth Ahronoth, Peretz was asked how he’d react if his child came out as gay.

In response, the Education Minister said: “Thank God my kids grew up in a healthy and natural way. They’re building their families from Jewish values.”

In the same interview, the minister also hit out at same-sex marriages, implying they weren’t normal. “In the religious public that lives according to the Torah, a normal family is a man and a woman,” he said.

“[We] don’t need to ashamed that we live in this natural way.”

The Times of Israel reports that his comments were met with a large backlash. The LGBTQ group Aguda said his comments were “irresponsible” and could act as an opening for homophobia, adding: “It is unfortunate that all that will be remembered of your tenure as education minister is hatred, ignorance and a lack of action.”

Benny Gantz, the chairman of the Blue and White political alliance, said: “In our country in the year 2020, an education minister needs to hold views that respect all children in Israel — for their religion, sexual orientation and nationality.”

He added that if he was the prime minister, then Peretz would not be allowed to serve in his government.

Itzik Shmuli, a gay politician for the Israeli Labor Party, posted a picture with his partner and child, writing: “Look, Rabbi Rafi [Peretz], this is what a ‘natural and healthy’ family looks like.”

Last year, Rafi Peretz outraged many when he claimed that gay ‘conversion’ therapy was possible. On Channel 12 TV, he said: “I think that it is possible to convert [someone’s sexual orientation]. I can tell you that I have deep familiarity on the issue of education, and I have also done this.”

Following the backlash, he sent a letter to school principals, saying: “When asked about the subject [in the interview] I said that during my many years as an educator I was approached on several occasions on issues of sexual orientation.”

“I always listened attentively to the difficulties brought before me and sometimes suggested consultations with professionals.

However, that apology now appears hollow as in the Yedioth Ahronoth interview he said that criticism of his comments had been “distorted.”