Is the US Supreme Court changing gear on LGBTQ+ rights? 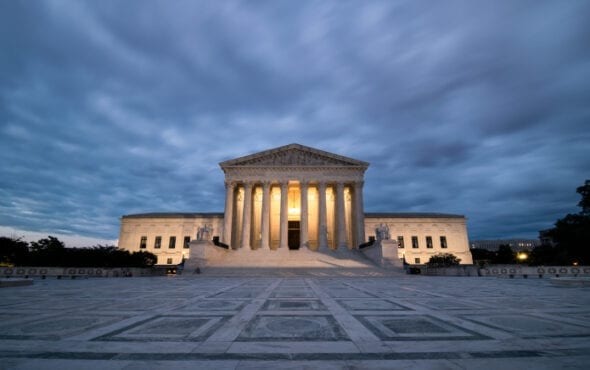 For years, the US Supreme Court set the pace on LGBTQ+ rights gains, but its first decisions since conservative justices bolstered their majority point to a period of more gradual change guided by public opinion and the search for consensus.

Rulings by the court to allow same-sex marriage and ban workplace discrimination have changed daily life for LGBTQ+ Americans since 2015, also paving the way for broader acceptance of LGBTQ+ rights in the United States and beyond.

But the court put religious rights before LGBTQ+ rights by ruling in favor of a Catholic Church-affiliated agency last month in a case related to same-sex foster parents, raising fears among advocates that years of big advances could be over.

It was the Supreme Court’s first case linked to LGBTQ+ rights since the arrival of Justice Amy Coney Barrett, whose appointment brought the court from a 5-to-4 to a 6-to-3 conservative majority.

“We might have had this feeling up and through the Obama presidency that progress was on autopilot,” said Congressman Mark Takano.

“Progress is not on autopilot. We cannot, as a community, count on the judiciary to be expansive in terms of our rights,” Takano, a Democrat and the first openly gay person of Asian descent in Congress, told the Thomson Reuters Foundation.

He said the shift to a conservative majority at the court should put the onus on lawmakers to pass LGBTQ+ rights laws after a decade during which the judiciary set the pace.

But while few LGBTQ+ rights campaigners expect the court to take an overtly progressive stance, the justices’ rebuff of an appeal in a transgender rights case last week has raised their hopes that more gradual change will be possible.

Gavin Grimm, a trans former high school student from Virginia, had won a six-year legal battle against a Virginia county school board that had barred him from using the bathroom corresponding with his gender identity.

By keeping in place a ruling that favored Grimm, the justices opted against taking up a case that could have set a nationwide precedent on a hot-button issue at the heart of a culture war raging between liberals and conservatives.

“The longer they don’t jump in, the harder it’s going to be for them to change the rules down the road,” said James Esseks, the American Civil Liberties Union’s LGBTQ and HIV project director.

“And that is incredible progress on this legal issue of enormous consequence for trans people,” Esseks added. Though the Grimm decision suggests it might be too soon to predict a rights rollback, last month’s foster parents’ ruling could encourage defendants to cite religious freedoms in cases against the LGBTQ+ community, analysts said.

“It’s only when gay rights or LGBT+ rights are objected to on religious grounds that I think we’ll see our rights be more vulnerable or asked to take the back seat,” said Katherine Franke, director of the Center for Gender and Sexuality Law at Columbia Law School.

Esseks warned of the potential consequences in cases such as Grimm’s.

“If there’s a religious school, and the religious exemption issues go the way I fear they’ll go, the school might say, ‘Well, we don’t have to follow the Gavin Grimm rule because we have a religious objection to trans people,'” he said.

“They would have a license to discriminate.”

President Joe Biden vowed on the campaign trail to pass a landmark civil rights law protecting LGBTQ+ Americans from discrimination within his first 100 days in office, but the Equality Act has stalled in the 50-50 party-line split Senate.

The bill, which passed the Democratic-controlled House of Representatives in February, would amend the 1964 Civil Rights Act to include sexual orientation and gender identity for protection alongside race, religion, sex and national origin.

With Congress in gridlock, the federal government is also limited in its ability to combat a slew of state bills targeting trans youth that have been introduced and passed this year.

More than 250 LGBTQ+-related bills have been introduced in state legislatures this year, with 18 signed into law, according to advocacy group Human Rights Campaign, which called 2021 the “worst year” in modern US history for LGBTQ+ rights.

“This is a wake up call for supporters of LGBTQ rights and their political allies,” Magni said.

The last major piece of LGBTQ+ legislation to pass at the federal level was the Matthew Shepard and James Byrd Jr. Hate Crimes Prevention Act in 2009, which expanded existing laws to cover hate crimes linked to sexuality and gender identity.

Regardless of the stalemate in Congress or whether the Supreme Court changes tack, Takano said public opinion will ultimately mark the pace of LGBTQ+ rights gains.

More than three-quarters of Americans, including 62% of Republicans, favor laws that would protect LGBTQ+ Americans from discrimination in jobs, housing, and public accommodation, according to the Public Religion Research Institute.

“If the courts are out of line with where the public’s at, their rulings won’t be seen as legitimate by the public,” Takano said. “We in the LGBT community cannot afford to put our feet up.”