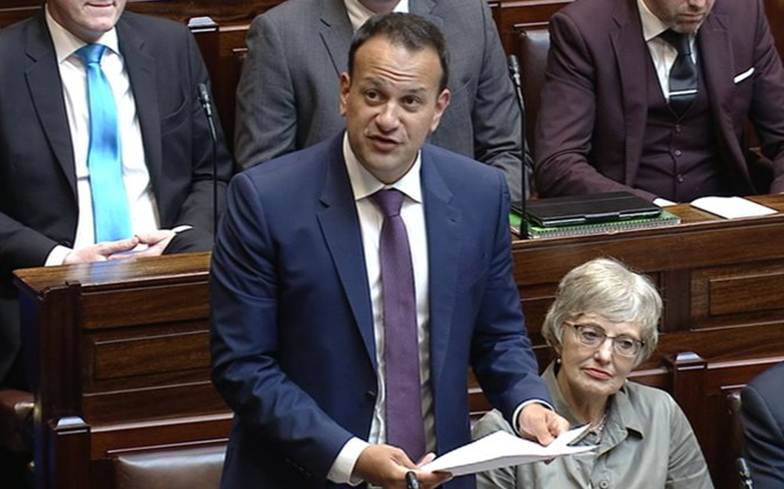 The Irish government has formally apologised to gay men convicted under historical laws.

Speaking to members of the Dáil Éireann – the lower house of the Irish legislature – on Tuesday 19 June, Prime Minister Leo Varadkar paid tribute to those who were criminalised under anti-homosexuality laws, which were abolished in 1993.

“Today the people I want to pay a special tribute to are the unknown heroes, the thousands of people whose names we do not know, who were criminalised by our forbears,” he said, marking the 25th anniversary of the repeal of the laws.

“We cannot erase the wrong that was done to them, [but] what we can say is that we have learned as a society from their suffering. Their stories have helped change us for the better; they have made us more tolerant, more understanding and more human.”

Varadkar, who is the country’s first openly gay prime minister, also paid tribute to Declan Flynn, a gay Irish man who was attacked and killed by a gang of five men during a homophobic attack in Dublin in 1982.

“I was just a child when Declan Flynn was murdered in Fairview Park, his only crime being that he was gay,” he said.

“He was brutally attacked by five young men, one a teenager, who shouted, ‘Hide behind a tree, we’re going to bash a queer’. He died from asphyxia after being given a horrific beating by those men.

“Because when the Oireachtas makes something a crime, people believe they have a license to punish those they believe are committing it. These were young men who grew up in a society that feared and hated homosexuality.”

He also said it was “no secret” that “a number of patriots” who were involved in the founding of the state were gay, and that the homophobic laws had a “chilling effect” on lesbians as well as gay men.

Remembering Declan Flynn this evening during my speech to the Dáil on the 25th anniversary of the #decriminalisation of homosexuality. pic.twitter.com/ucsNKUQFAg

In the Seanad Éireann – the upper house of the Irish legislature – Minister for Justice and Equality, Charlie Flanagan, offered a “sincere apology” to everyone who suffered under the archaic anti-gay laws.

“I apologise to any person who felt the hurt and isolation created by those laws, and particularly to those who were criminally convicted by the existence of such laws,” he said.

“Nothing that can be said here today can undo the unjust suffering and discrimination that the homosexual community experienced in the years prior to decriminalisation.”

The apology comes ahead of a government reception to mark the 25th anniversary of the decriminalisation of homosexuality, which will be held at Dublin Castle next weekend with over 700 people expected to attend.