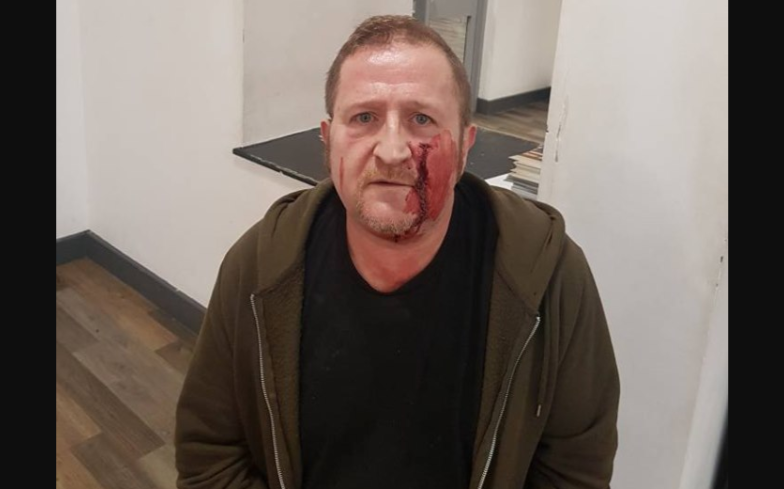 The attack saw Marc Power attacked with hammers by a group who tricked him on Grindr.

Ireland is looking to improve its current hate crime legislation after a horrific homophobic attack drew attention to how weak the current ones are. Ireland currently has no specific legislation to counter hate crimes, meaning that data surrounding the issue isn’t collected.

The Journal reports that Ireland’s Department of Justice is to carry out research and look at international models to help tackle hate crime, something which LGBTQ activists in the country say is on the rise.

Paula Fagan the CEO of LGBT Ireland said: “It’s certainly something that is coming up on our helpline and I think it’s under-reported in our community even to us.

“Firstly, we hear about the worst cases in the media, and then we hear from other people who feel like they might be in a compromised position. For example, someone who isn’t out and they go on a date and have been attacked, or subsequently blackmailed.

“And they will come to us about it because they feel they can’t go to the guards and don’t know what to do. I think, anecdotally, that these things are on the rise and I think we’re seeing a rise in organised hate speech too.”

The announcement of the consultation comes just days after a horrific homophobic attack in Dublin. Marc Power was talking to a man on Grindr and arranged a date with him at the Odeon Cinema in Dublin.

However, when he arrived he was instead greeted by a gang of teenage boys, who destroyed his car and attacked him with hammers, leaving him with facial injuries.

Writing about the attack on Facebook, he said: “I’ve just been the victim of a premeditated homophobic attack here in Dublin. Went to meet someone off grindr.

“Was met with a group of teenage boys with weapons. They tried to kill me with these weapons. They were trying to hit me on the head with hammers.

“They didn’t manage but I’m in the emergency room in hospital with facial injuries and my car was destroyed. I’m ok but fucking angry.

“I need to find out why grindr allows violent scum to open accounts . The police were helpful but hands tied as dumb teenage scum fear nothing.”

Power isn’t the only victim of a vicious homophobic attack in Dublin recently. Last month, Danilo Matta was attacked outside his flat by a gang with steel bars after they saw him kiss his boyfriend.

On Facebook, he wrote: “I was assault, attacked by knackers last friday night. They were 5 or 6. I remember seeing at least 2 girls in the group. Two of them were with bikes. They had hit me with bars, I can’t remember how many times, without any reason. They didn’t take my wallet or cellphone. Homophobia? Xenophobia? Maybe, much probably.

“It is important to know that this kind of things are happening around us. I wasn’t the first one and unfortunately I won’t be the last one. Thank God I could run and thank God I’m ok and safe right now.”