Intersectional thinking: History has its eyes on you 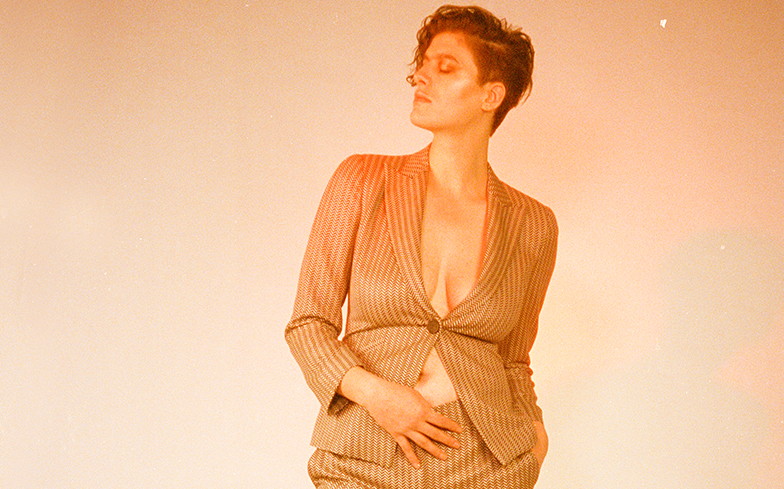 Something happened in the ‘queer sphere’ earlier this year and in its own way was more monumental than the smattering of LGBTQ-themed lessons that might have been taught in our schools.

I’m not being snippy when I say a smattering of lessons. When I was a teacher, it was clear that schools don’t do anywhere near enough to celebrate our wondrous community. Most schools aren’t even aware of the official dates.

But LGBT History Month isn’t the seismic event I’m talking about, but the thing that happened, that heralded a monumental, paradigm shift in queer energy was the sweet sharing of cover model Rain Dove by DIVA magazine and importantly this publication, Gay Times.

Noble, handsome, strikingly beautiful, aquiline, tough and utterly desirable are words you could (and I do) use to describe the phenomenon that is Rain Dove. A model who smashes through and beyond the patriarchal lens and fluidly denies us or anyone ownership of their image. Rain defines as a gender capitalist, as they and them, but refuses to be pigeonholed by any community – no matter how queer. It’s no surprise that they can move so freely between DIVA and Gay Times. I can’t think of a single other time or other person who could have made this audacious gender intervention.

Now, I have to confess here that I write regularly for Gay Times and it always feels radical. I write about trans sex, trans desire and trans risk. Those articles appear alongside more conventional gay mag content; sexy (really well shot and styled) fashion spreads, words about being, becoming and celebrating being gay in all its facets, and articles which are starting to bring in a sense of warmth, community and self care and love.

The recent piece There’s No Place Like Home by the wonderful Amrou Al-Kadhi typifies the new Gay Times in its desire to explore our truth(s) tenderly and with vulnerability. The pieces I write for Gay Times are among the most open I write and there they sit safely in what would have been quite a toxic context for me a few years ago. I worked there in the 80s, I’m aware of the toxic and rampant masculinity that used to course through its veins, as with much of gay culture then.

In this age in which #MeToo forcefully dismantles and rightfully drags toxic masculinity, Gay Times has quietly been making some pretty fundamental changes, and for a gay magazine with such an embedded male brand, that’s huge.

Toxic masculinity has long been part of the gay scene, the proliferation of dating profiles which exclude everyone starting with femmes and fats and often pooling in racist tropes. Back in the old days when the world presumed me gay and the gay scene became my home, to be femme meant being an outsider. Trans women went off mysteriously to Transland for the ‘op’ and occasionally returned.

Men dressing up as men often wanting tender love but only ever advertising hard sexual intent. It trapped so many and has ever since. There was an accepted narrative that two men together would just become super masculine, like their joining would transmute into a super power of hyper-masculinity, and on the surface that is how it has looked for years. But it never was that.

The AIDS epidemic revealed the real intimacy and tenderness between men, who may very well have engaged in fierce sexual acts, but formed brotherly and sisterly bonds. But post HIV med’s, it seems hyper-masculinity returned in all of its toxicity, silent but harsh intimacy and an enforced sense of femme shaming.

I’m proud of the men who gave me shelter back then through my early years of living with HIV as I’m proud of the editors at Gay Times for being brave enough to start trying to break their mould, their brand, at this crucial time when the world is sick to the back teeth of the consequences of masculinity unchecked.

Rain Dove’s beautifully chiseled jawline stands resolute across both covers, weaving and co-joining the different letters of our acronym which have often been entirely separate, despite their intimate proximity. The image signals the movement of intersectional thinking into bastions, on both sides, who might begin to breathe more freely with the freedom of Rain’s fluidity.

I feel incredibly hopeful about this single, powerful shared image.