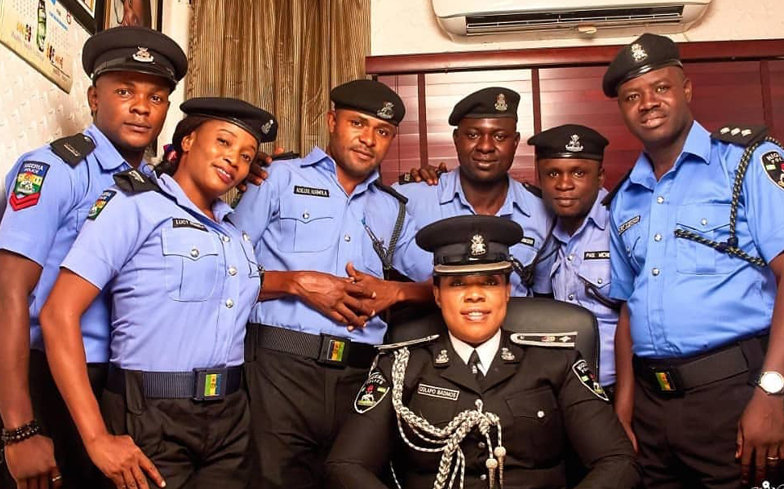 The police chief made the announcement on her personal Instagram account, which is private but currently has 125,000 followers.

During the message, Badmos referenced Nigeria’s 2014 law that criminalised same-sex marriage and public displays of affection between LGBTQ people.

“If you are homosexually inclined, Nigeria is not a place for you. There is a law (Same-Sex Prohibition Act) here that criminalises homosexual clubs, associations and organisations with penalties of up to 15 years in jail,” she said, according to The Week.

Badmos continued: “Anyone convicted of entering into a same-sex marriage contract or civil union faces up to 14 years imprisonment. All LGBT candidates in Nigeria should beware.”

Unfortunately, Badmos’s announcement is very much in line with public opinion in Nigeria.

The Initiative for Equal Rights recently found that around 90% of the African nation’s population support the continued enforcement of the anti-LGBTQ law.

Badmos also called upon the public to come forward with evidence that could potentially be used to prosecute LGBTQ people.

The police have been criticised by Nigerians for allowing a well-known citizen for identifying as transgender, but not has been “left alone because they are rich.”

Responding to these accusations, Badmos said: “In view of my last post about homosexuals and the law banning them, some people have been mentioning one particular name (very risky though) to be one.

“Kindly be informed that if you have any evidence or exhibits that can establish the case against him/her, please don’t hesitate to bring it up for a comprehensive investigation.”

Both male and female same-sex sexual activity is illegal in Nigeria, with the maximum punishment in some regions being death by stoning.

Elsewhere, punishments can be up to 14 years in prison.

Back in 2017, Nigerian police in the northern city of Zaria arrested 53 young men, most of them students, for attending a party at a motel organised for two men who got married

Related: Nigerian columnist claims that Theresa May is a lesbian following her LGBTQ rights intervention