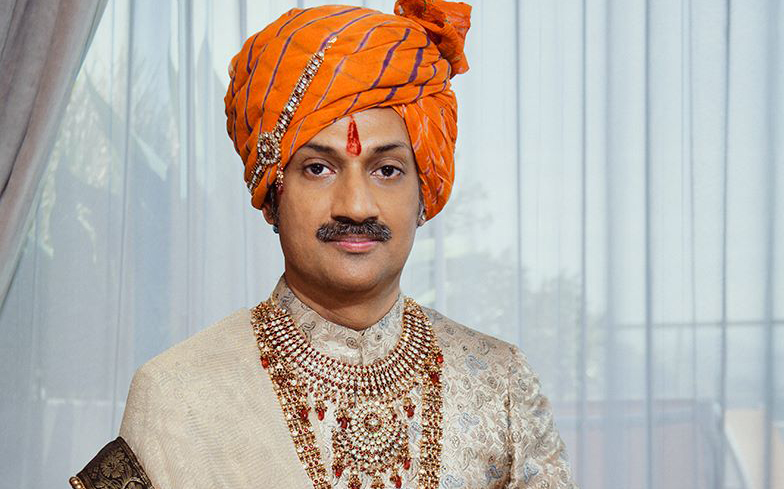 It’s been 11 years since Manvendra Singh Gohil came out, becoming the world’s only openly gay royal.

Back in 2006 when he told the world his sexuality, he was faced with burning effigies, protests and a negative backlash, as well as being disowned by his family.

Ever since, he has travelled the world telling his story, hoping to inspire a new generation of LGBTQ people to embrace themselves, as well as educating communities on the issues that face gay people in his home country.

Most recently he announced plans to transform his palace into a community centre for LGBTQ people.

And going into 2018, Manvendra is going to campaign for reform to India’s anti-LGBTQ laws.

Currently, sexual acts between people of the same sex are illegal, but the Supreme Court of India are reviewing legislation.

“Definitely there has been a huge change in the last 11 years [since I came out]. There have been some parents who have accepted their children,” Manvendra told ABC of the slow but sure social change surrounding homosexuality in India.

“There has also been a lot of change in the way that the media has been reporting. Earlier, the media would get the stories mixed up and say it’s unnatural and illegal and immoral.

“Now the media has also started reporting positive stories, and that’s a very good thing. The more support we get from society outside of the community, that’s something which will help us win our rights.”

Manvendra added that he wasn’t shocked about the negative reaction his coming out 11 years ago, mainly because of the ignorance towards LGBTQ issues in India.

“Even things like sex education is not taught in our education institutions. So it’s absolutely understandable that people are not aware,” he said.

However, he has vowed to continue instigating change and educating his people to pave way for a brighter future for LGBTQ people in the country. “It’s my duty, the duty of an activist like me, to educate these people about what is the facts,” he said.

“And it’s only then that they will start accepting us and understanding our issues.”

As for the anti-LGBTQ law he wants eradicated, he argued that it’s an archaic piece of legislation that has been left over from India’s colonial era.

“This law was not an Indian law. One has to understand that homosexuality has been existing in our Indian society since bygone eras,” he said.

“We have temples in India which are centuries old where homoerotic statues have been openly depicted.”

He added: “We have got independence 70 years ago, when we have got rid of the British. I don’t understand the reason why the laws made by them are continued.

“And especially in our country, where our religion is predominantly Hinduism, is openly tolerant towards homosexuality.”