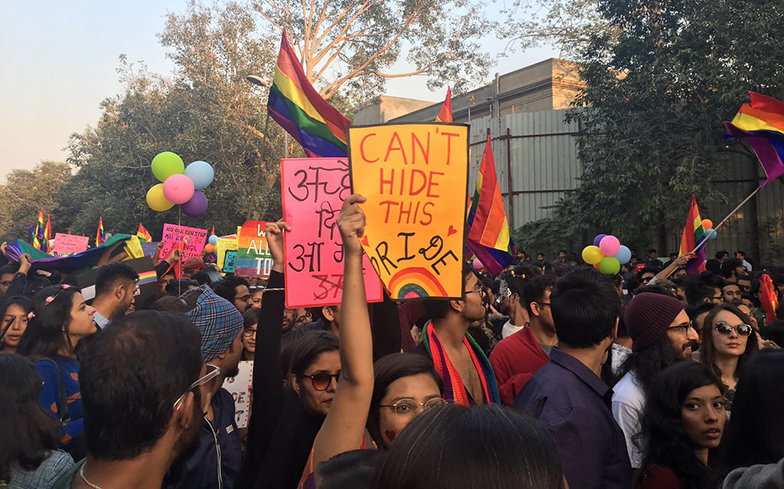 India’s new workplace equality index has become a sign of how far the country is moving forward when it comes to LGBTQ+ rights.

India’s groundbreaking equality index is a promising prospect of wider recognition of the LGBTQ+ community in more formal and professional environments. The index is India’s first regulation for employers to measure LGBTQ+ inclusion and visibility in the workplace.

Over 65 organisations registered for the India’s workplace equality index with over 15 organisations qualifying for gold, silver, and bronze recognition. However, 13 did not qualify for the minimum threshold of LGBTQ+ inclusivity.

This new equality index legislation has arrived two years after the Indian Supreme Court’s historic decision to repeal Section 377 in 2018, which made criminalised sexual consensual acts between adults. Since then, India has seen a huge step forward towards LGBTQ+ political recognition.

Defense Analyst Abhijit is one of the individuals from the three presented cases and also created the latest petition for marriage equality in India.

Another overdue progressive step in LGBTQ+ rights was the integration of transgender individuals into government framework. Assam became the first Indian state to allow trans people to register for civil service exam.

The northeastern Indian state has become the first to add “transgender” as an identity category for individuals seeking civil service jobs. This progressive change will allow up to 42 candidates to take the entry exam to apply for state governmental roles.

India has seen rise in inclusion of transgender people this year. In April, all ministries and departments were instructed by the federal government to modify recruitments forms to integrate ‘transgender’ as a separately recognised category. This change was made to adhere to India’s trans rights law which was passed last year.

The newly introduced law enables trans individuals to “have a right to self-perceived gender identity” and will ensure the “appropriate Government shall take steps to secure full and effective participation of transgender persons and their inclusion in society.”