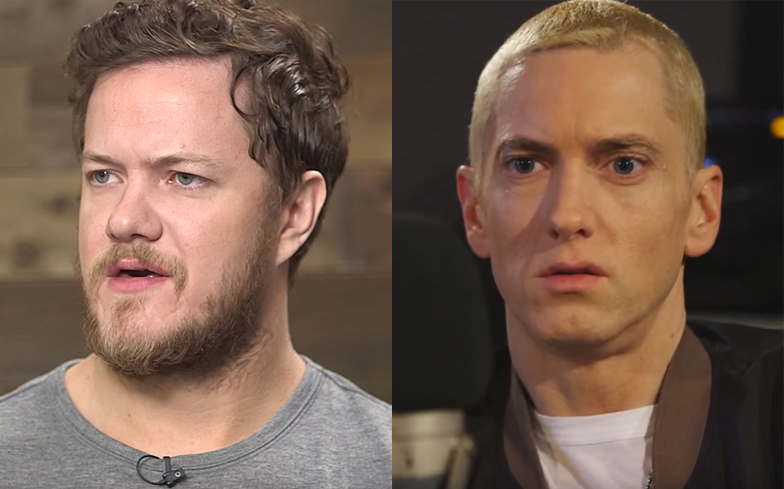 Imagine Dragons singer Dan Reynolds has responded to Eminem’s use of anti-gay lyrics.

The American rapper surprise-released his 10th studio album, Kamikaze, to critical acclaim and praise from fans last week, but he also faced controversy for once again using the anti-gay slur “faggot” on a track called Fall.

“Tyler create nothing, I see why you called yourself a faggot, bitch / It’s not just ’cause you lack attention / It’s ’cause you worship D12’s balls, you’re sacrilegious,” he raps in an attack on fellow artist Tyler, The Creator.

His lyrics reference Tyler’s last studio album, Flower Boy, on which he seemingly came as gay/bisexual.

Understandably, Eminem’s choice of insult was criticised by many listeners, including Imagine Dragons frontman Dan Reynolds, who took to Twitter to call out the “hurtful” language used on the rapper’s new album.

“It’s never ok to say a word that is filled with hate,” he wrote. “I don’t care what year you were born in or what meaning it has to you. If it contributes to hate and bigotry then it is hateful. period. There is never an ok time to say the word fa**ot. I don’t care who you are.”

“It’s disgusting to be told this is being “overly sensitive” or “millennial”. LGBTQ kids are TAKING THEIR LIVES after being bullied with homophobic slurs,” he continued. “It’s not “sensitive” to take a stand against a word that has been used to spread hate for years.”

He added: “I’ve lived enough of my life remaining silent on these issues because of fear or lack of education. I don’t live in fear anymore. I still have lots to learn. but no. I will not be a silent voice with this platform I have been given.”

He said: “Not saying it’s wrong or it’s right, but at this point in my career – man, I say so much shit that’s tongue-in-cheek. I poke fun at other people, myself.