“I’m the wee lesbian!” How Derry Girls helped me accept myself

Sar Gwynne, an ambassador for LGBTQ+ youth charity Just Like Us, reveals how the beloved Northern Irish comedy helped her come to terms with her sexuality. 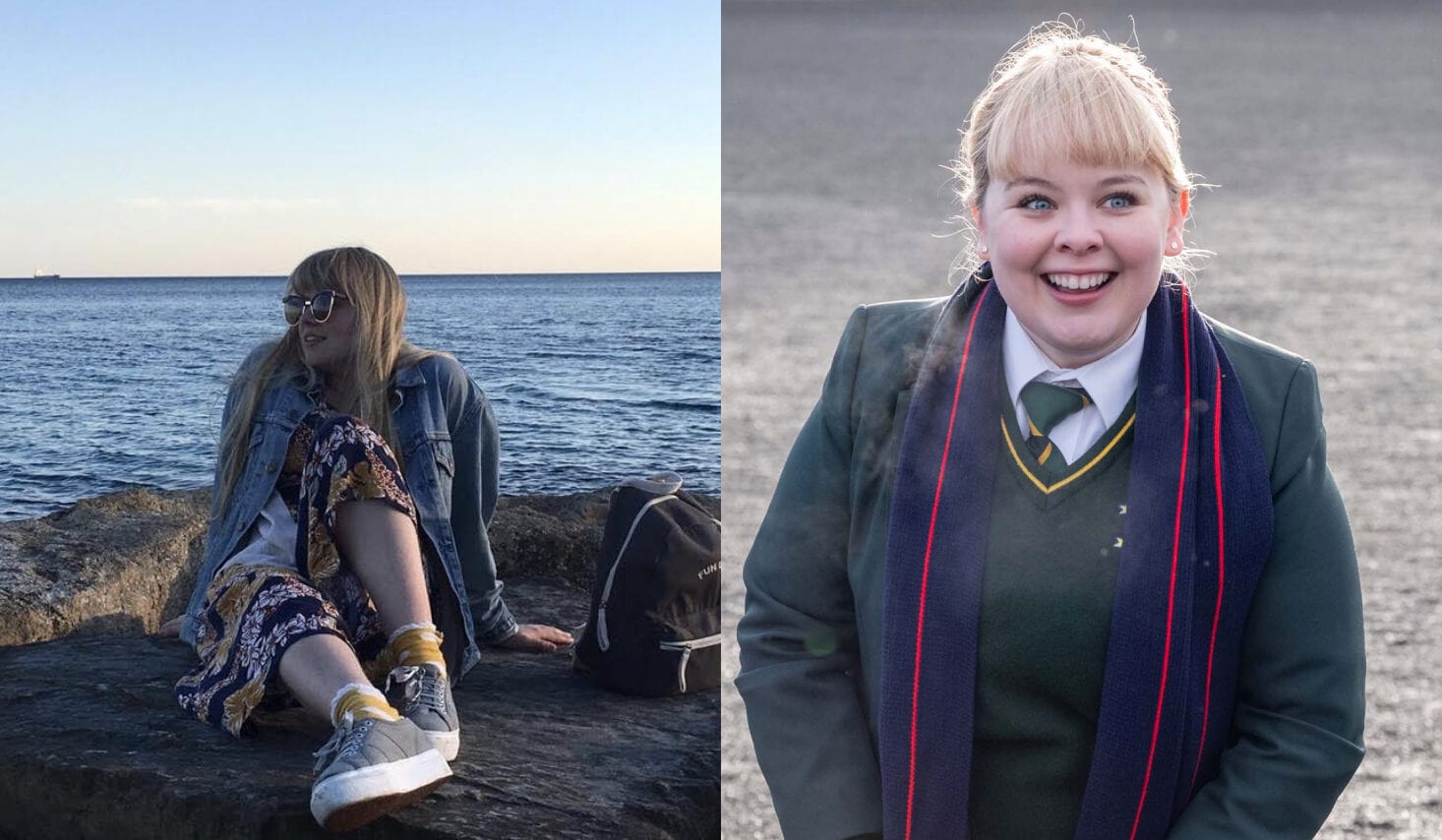 “I’m the wee lesbian!” The words echoed in my mind after watching Derry Girls. I still remember hearing about that show and the thought of having my hometown put on the map for something aside from political turmoil…I was pure buzzin!

Growing up in Derry was tough – a small city rich in culture and history, but scarred by a difficult past. Derry was its own wee world. Situated right on the Irish border, orange and green politics seemed to dominate the news. This meant there was little time for discussions like LGBTQ+ equality, and this had a massive impact on my identity growing up.

Like many from small towns, I didn’t know any LGBTQ+ people and I had to go off the crass stereotypes often portrayed on TV. Many others did that too, so when I tried to date a girl as a teenager, the pushback from my peers was too much to handle. I stayed in the closet till I moved to London for university. I left my town behind, and I finally started to meet other LGBTQ+ people.

Thanks to my time away from home, I learned that there is no one way to be a lesbian: no dress code, hairstyle or hobby! As I came out of my shell, I was lucky enough to learn more about different cultures and identities. Then, Derry Girls came out (pun intended). It was the first time I saw people talking like me on TV and I was so glad that those around me now had a frame of reference for all the Derry-isms I had been suppressing.

Around that time, I still found it hard to utter the words ‘I’m a lesbian’ out loud. Luckily, a few lovely friends supported me regardless of labels and for the first time I felt safe to be myself. When we watched Derry Girls together I acted as their translator, explaining what’s the craic, catch yourself on, and that it was Foyle not Foil. 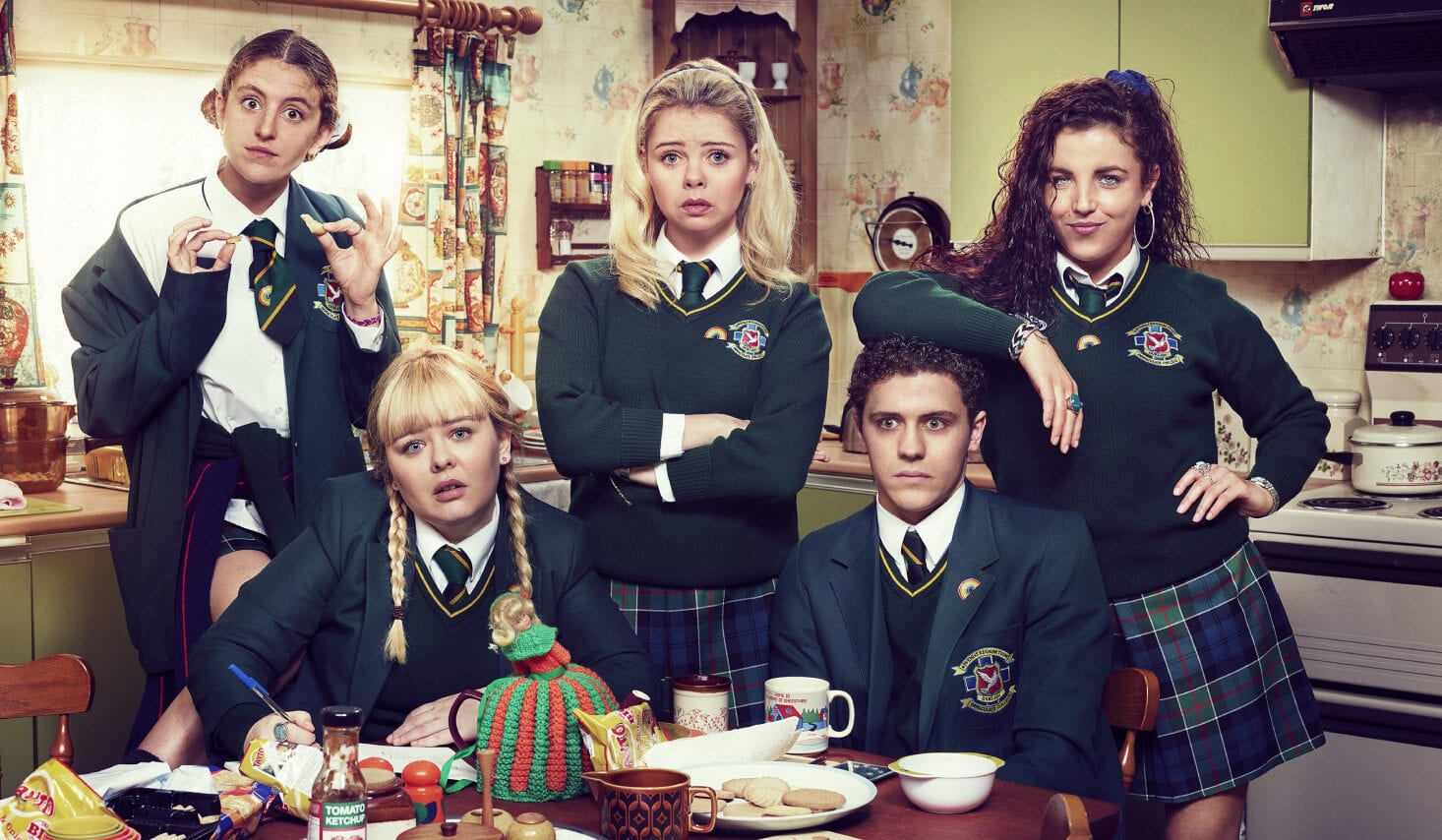 I was so chuffed to see such a funny show take on Derry’s intimidating past and make it accessible, it made me proud to be a Derry girl. Then Claire came out with “I’m the wee lesbian!” It was the first time I had ever seen a girl like me utter those words. Suddenly, I wasn’t the only one. That line gave me the confidence to stand up as a Derry girl and as a lesbian and be proud of both!

Although I didn’t come out at school, I know if my school had been as accepting as Claire’s I would have come to terms with my identity a lot sooner. Fostering a culture of acceptance is vital for young people, especially LGBTQ+ students. I became an ambassador with Just Like Us so I could do for others what Derry Girls did for me.

Letting young people know that being LGBTQ+ is something to celebrate is a message worth spreading, and one that I am proud to share by doing school talks as a volunteer with Just Like Us, which runs School Diversity Week.

On Lesbian Visibility Week, we get a chance to celebrate the amazing stories and experiences that make us who we are. Moreover, be who we are unapologetically. After coming out, I went back to Derry with my head held high and felt so grateful to have taken that winding road to self-acceptance. I’m the wee lesbian! 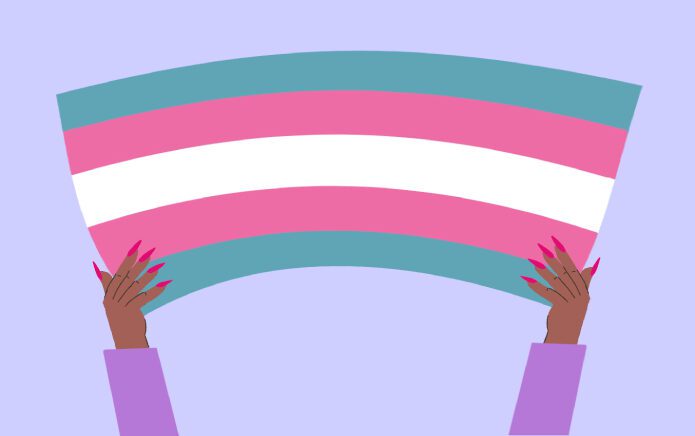 Lucas Mahal examines the dangerous impact of the UK's anti-trans rhetoric online and in the press on trans people. 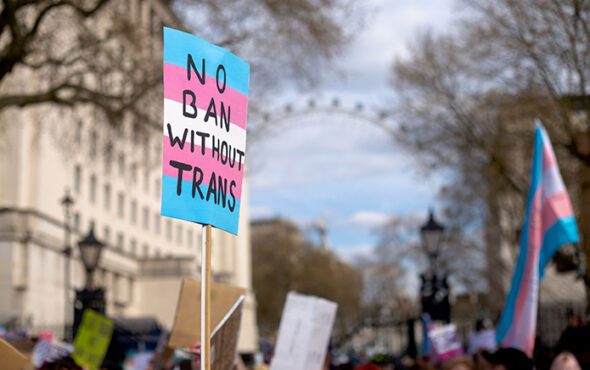 LGBTQ+ child abuse victims are being ‘blamed for their abuse’, report finds