“I’m a heterosexual!” – Republican lawmaker lashes out when male colleague touches him 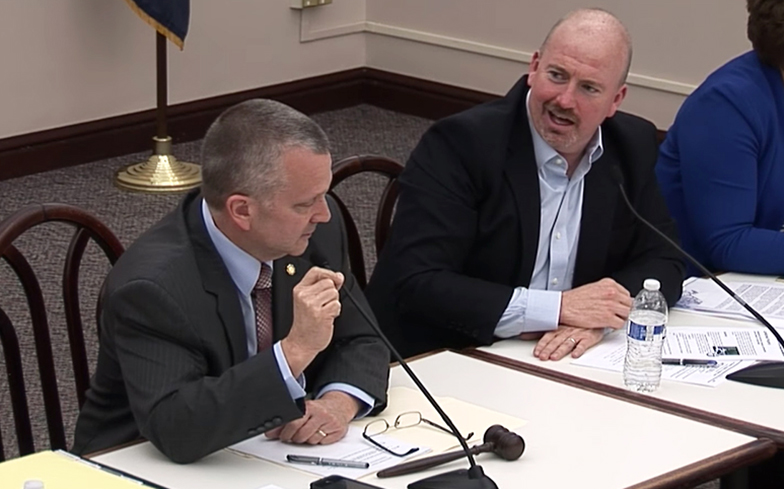 Conservative politician Daryl Metcalfe wants you to know he’s very much a heterosexual.

During a meeting of Pennsylvania’s House State Government Committee on Tuesday, majority chairman Metcalfe put his fragile masculinity on display with an entirely unneeded outburst in defence of his sexuality.

When a fellow committee member, Democratic chairman Matt Bradford, tapped him on the forearm to direct a conversation in his direction, the sheer homoeroticism of the moment left Metcalfe with a burning need to remind everyone he’s straight.

“Look, I’m a heterosexual,” he said. “I have a wife. I love my wife. I don’t like men, as you might. Stop touching me all the time. Keep your hands to yourself.

“If you want to touch somebody, you have people on your side of the aisle that might like it. I don’t.”

As the room filled with dumbfounded laughter, a bemused Bradford – who is married to a woman – stayed surprisingly calm, replying: “We are officially off the rails. My intent was just to beg for your permission for about 30 seconds.”

The Pennsylvania Democratic Party has since released a statement calling on Metcalfe to resign for his behaviour.

“[Metcalfe] has invited white supremacists to the capitol to testify on behalf of his positions, defended white nationalists, and refused to condemn racist violence,” the said.

“The Pennsylvania Democratic Party has previously called upon Metcalfe to resign over his repeated racism.

“In addition to being racist, Metcalfe is homophobic. He has silenced gay lawmakers, held up non-discrimination laws and, just today, went on a random homophobic tirade directed at one of his colleagues.”