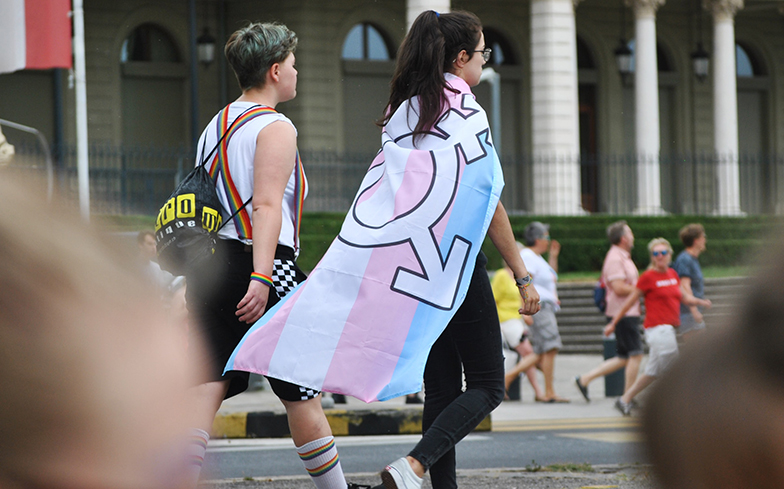 One bill stopped trans people updating their birth certificates, while the other banned trans women competing in sport.

Two separate organisations are suing the state of Idaho after its Republican leaders passed two anti-trans bills at the end of last month, just one day before Transgender Day of Visibility.

One of the bills stopped trans people updating their birth certificates while the other prevented trans women from competing in sport in schools and colleges.

In 2018, Lambda Legal launched a successful case which forced Idaho to allow trans people to change their gender on birth certificates. Their new case highlights how the 2018 case had a caveat in it which banned the state from overturning the ruling.

The new case was filed by Monica Cockerille, who wrote in legal documents that “Idaho state officials could not categorically ban transgender people from correcting their birth certificates for the purpose of matching their gender identity.”

The documents added that the new law is “in defiance of that constitutional ruling, which was backed by the force of a permanent injunction of this Court.”

Peter Renn, an attorney for Lambda Legal, said: “It is shocking that state lawmakers would be so brazenly lawless as to defy a federal court ruling. The rule of law collapses if we refuse to abide by the outcome of who wins and loses in our system of justice.”

He called the new law a “naked flouting of the rule of law.”

NBC reports that Idaho could spend up to $1 million defending the law, and that lawmakers ignored warnings from the state’s Attorney General that it could be challenged.

The ACLU case is being filed on behalf of two women, one trans and one cis. The trans girl, Lindsay Hecox, called the law a “devastating” blow to her university athletics hopes, while the cis girl, who is anonymously known as Jane Doe, is concerned about the need to produce evidence about her “biological sex” if she’s challenged.

Gabriel Arkles, an attorney for ACLU told NBC: “We’re suing because HB 500 illegally targets women and girls who are transgender and intersex and subjects all female athletes to the possibility of invasive genital and genetic screenings.

“In Idaho and around the country, transgender people of all ages have been participating in sports consistent with their gender identity for years.

“Inclusive teams support all athletes and encourage participation — this should be the standard for all school sports.”

Arkles also explained the importance of opposing such bills and taking them to court, saying: “If the first law of its kind is struck down quickly and resoundingly that will also send a message.”

He said that other similar laws are being considered in states like Alabama, Arizona, Louisiana and Tennessee. The Alabama bill is worryingly called the Gender Is Real Legislative (GIRL) Act.