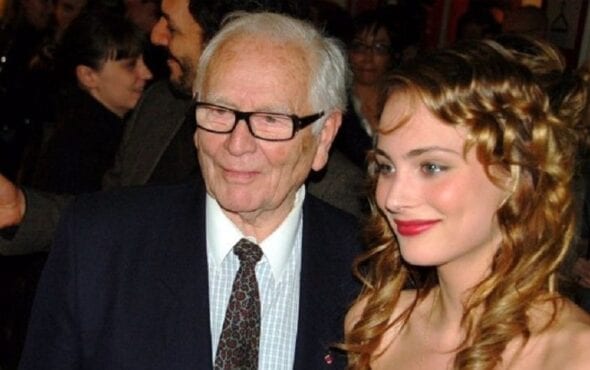 The French fashion designer was known for revolutionising the industry.

Iconic and revolutionary fashion designer Pierre Cardin has died, aged 98. Pierre died in a hospital in Neuilly, in the west of Paris, and no cause of death has yet been announced.

Pierre’s family released a statement, which said: “It is a day of great sadness for all our family. Pierre Cardin is no more. We are all proud of his tenacious ambition and the daring he has shown throughout his life.”

Paying tribute to him, the UK’s Fashion and Textile Museum posted on Twitter: “We were deeply saddened to hear of the death of iconic designer, Pierre Cardin. Known for his avant-garde style, Space Age designs & geometric shapes, Cardin redefined designing for the female form. His influence on fashion cannot be overstated.”

We were deeply saddened to hear of the death of iconic designer, Pierre Cardin. Known for his avant-garde style, Space Age designs & geometric shapes, Cardin redefined designing for the female form. His influence on fashion cannot be overstated. pic.twitter.com/o30KvHCXjH

In an obituary in the New York Times, Pierre was called a “visionary designer” and they noted that he “clothed the elite but also transformed the business of fashion, reaching the masses by affixing his name to an outpouring of merchandise ranging from off-the-rack apparel to bath towels.”

Born in Venice in 1922, Pierre started in the fashion world at the age of 14, as a tailor’s apprentice, before creating costumes for the 1946 film Beauty and The Beast. He then joined Christian Dior’s fashion house, and helped design their ‘New Look’, focusing on narrow waists and long, full skirts.

Pierre would go on to found his own fashion house in 1950, the House of Cardin, initially focusing on film and theatre, before evolving into women’s fashion.

His first women’s collection in 1953, where he debuted his famous “Bubble Dress”, was marked with “emphatic details” and “geometric shapes and cutouts” and he later attracted famous faces like Jacqueline Kennedy, Rita Hayworth and Elizabeth Taylor.

In 1957, he began designing clothes for men and attracted clients like The Beatles, Mick Jagger and Gregory Peck.

In the 1960s, he expanded out of fashion and began branching into cookware, soaps and cars, as well as operating hotels and restaurants. Pierre was even commissioned by NASA to design a spacesuit in 1969, with the designer saying: “The dresses I prefer, are those I invent for a life that does not yet exist.”

He remained active into his later years, with Lady Gaga wearing some of his designs.

Although he had an affair with French actress, Jeanne Moreau, Pierre primarily identified as gay and was known for his long-lasting relationship with his business partner, André Oliver, who died in 1993.