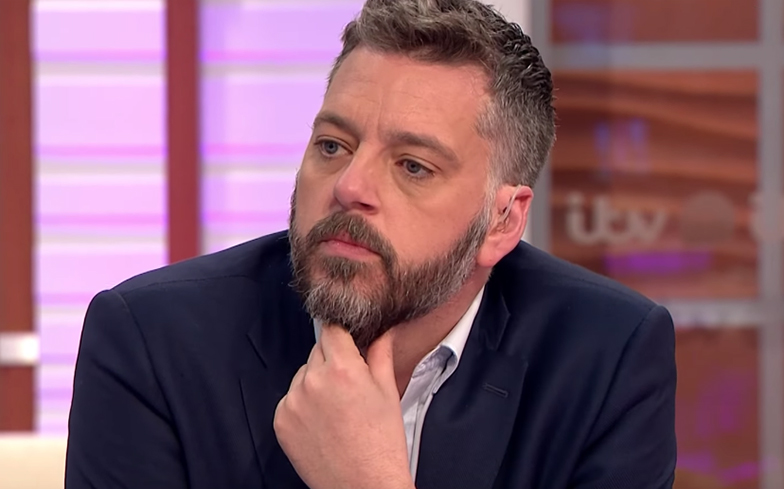 Iain Lee has revealed some family members cut him off after he came out.

The British comedian and broadcaster publicly came out as bisexual earlier this year on his talkRADIO show, where he also revealed that he faced “abuse” at the hands of older men when he was a child and later as a teenager.

While Iain received plenty of support from fans and the general public since coming out, he’s now revealed in a heartbreaking social media post that he’s having trouble sleeping after certain members of his family have cut off contact with him.

“Slept badly. Full of resentment at how some family members have completely cut me off after I told my story of being abused as an 8 and 14 year old and also about my sexuality,” he tweeted on Wednesday 7 August.

“Childish, disappointing and very sad. I expected more from family when strangers have been so kind.”

Since posting the tweet, Iain has received plenty of support from his followers on Twitter, with many expressing their support for him and some even opening up about their own experiences with family’s cutting them off.

“Families don’t tend to like secrets coming out. It destroys the hive mind. Stay strong. You’ve already proved you can get through worse. Your family will come round eventually,” wrote one follower.

Another added: “You spoke up and if family can’t handle it, remember it’s their problem. Please don’t make their problem your problem. Sometimes it’s things like this that brings peoples true colours out.”

I had a very similar response from family members – most of whom aren’t even related to my abuser (my mum remarried when I was 10). It shook me completely. I spent half my time in therapy dealing with them rather than the abuse. But I got there. You will, too. In solidarity. Px

Forget them. These people have already taken your childhood. Don't let them ruin your adult years too.

Sadly people cant deal with the truth. Makes them feel full of guilt at not doing anything to help so they distance.

Speaking on Good Morning Britain recently, Iain opened up about the “shame” he had previously felt about both his abuse and about being bisexual, but said he is now “in a great place” since coming out to the world.

“I was full of shame. It has lifted a huge weight and nearly everyone has been brilliant and it’s not a big thing, it’s not like I am now going to go around and start queening up and going out with loads of guys and stuff.

“That’s not what it’s about, it’s about saying I have done this stuff in the past that I have had a lot of shame around and actually I don’t need to be ashamed about it. I am in a great place. My life has changed.”