There is this tiny thing making me different: I am asexual… 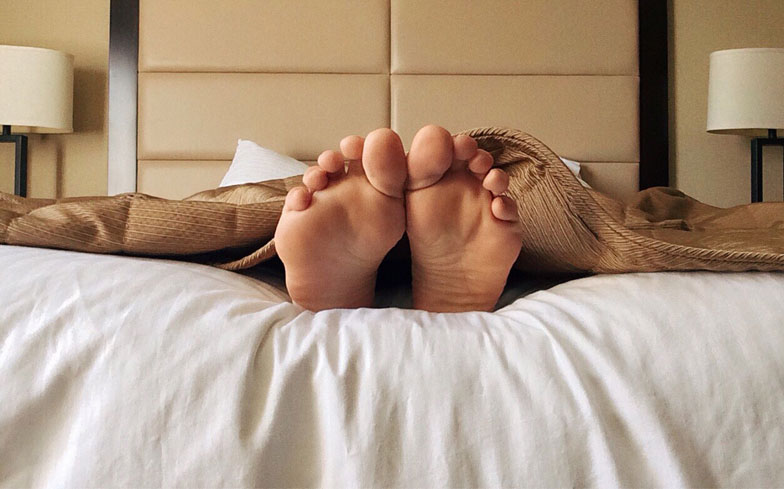 Looking at my life, I find it quite average. I have a small group of friends, get along with my family, work in an office and have the usual hobbies of listening to music and going to the cinema. There is just this tiny thing making me different: I am asexual.

Those moments when people look at someone’s nice abs, admire those curves, makes most feel some type of way – not so much with me. I acknowledge a handsome person or someone that is cute, but it’s a bit like with dogs. Maybe I want to ruffle their hair or pinch their cheeks, but that is about it.

It’s not that I could not be intimate if I tried. The equipment is there and functional, but I have no use for it. Some find this confusing. So-called ‘sexy’ things are confusing to me. Why are they thrusting their hips like that? Why do people start screaming at that? Why can’t a story live without that physical longing? Why do people think ultimate happiness is linked to a partner and children? I can’t relate, that is okay. We are different and learn from each other. Simple, right? I wish. If it were that easy, I would not be sitting here, writing an article on my insignificant asexuality. There are two things that still irk me: I felt wrong for a long time, and secondly, how other people’s misunderstandings made it worse.

There was a documentary about asexual people when I was young. Miserable people they were. Living with their parents at 40, not having a stable life, no partnership, lonely, but yet carrying a lot of emotional baggage. It was deeply uncomfortable to realise that I could relate, no matter how much I wished not to. I always was a bit of an outcast. That geeky kid that only talks about anime, doesn’t go out, doesn’t date. Not interested in models, in ‘cool’ things, in specific looks.

But was I really like those people? Especially with the arrival of the internet I had enough friends where I found it easier to connect to all things Japanese and Korean and other people to share my joy. I did not want to be like those people, pitied and caricatured in the documentary. But how could I avoid it? I had crushes right? That one guy in the other class? That singer? Or maybe that girl my friend brought along the other day?

I grew up with drag queens and a ton of queer people. There was a lesbian couple in my class. Gay was fine. So why was my being different not fine? Why did those crushes lead nowhere? Why was I so exhausted swooning over people? Could I be one of those asexuals after all? No. I am not lonely. I am not broken or sick. When that one friend tried to get closer to me I just rejected them, because I was not in love, right?

Only a few years ago, I came to terms with what I was. I met a lot of people of the LGBTQ community teaching me one thing: Being asexual is not a disease. You can’t ‘cure’ it, just like you can’t ‘cure’ a gay person. And above all, there is no need to, because there is nothing wrong. With relief, I stopped pretending. Stopped overly swooning. Finally I was me, and my friends were fine with it. But society begged to differ. When I explained I was asexual and could not chat along when it came to intimacy, they had a lot to say: Does that mean you never had sex? Oh my God I could never imagine. You should try! You are missing out! Why are you asexual? Did you have a traumatic childhood? Were you raped? Did you see a doctor? I heard there are people in treatment and now they can have sex! You don’t have to be lonely, I heard there are people like you in relationships! There is hope!

It was like the all too popular “It is just a phase!” and worse. They tried to make me look like a victim of trauma or disease. They would give me those looks of pity where none was needed. Worst of all? They thought they were being supportive and kind.

This led me to crawl back into my shell as far as I could. Out, but not so proud anymore. Things only changed when my workplace CMS, as official sponsors to Pride invited people to march at Pride in London 2017. In a weird moment of me having enough of complying to social norms, I contacted them, asking if bringing my asexual flag would be OK. Not only was it ‘OK’, to my surprise they really followed through on their commitment to promoting diversity and met me with genuine understanding. I was encouraged. But marching was awkward.

The sudden rush of ‘I want to be out and proud’ faded. Despite my sweet colleagues’ efforts, I felt anxious. The social anxiety I nurtured for so long would not let me enjoy myself, reminded me of all those comments. I felt vulnerable. How to hide under a huge flag yelling “ASEXUAL PRIDE?”, but I marched on. I thought that was it. I met nice people and joined our LGBTQ Network. I called it a win.

I never thought they would come to approach me again, asking me to join a photoshoot for Pride in London 2018, to show asexuals exist and are part of the LGBTQ community. Touched, but anxious I explained I am not entirely comfortable with the publicity – in my head and my heart, I am at peace with my asexuality…but to this day I still have to overcome those negative comments, the assumption I’m a broken thing, which I believed myself for far too long.

After the encouragement of my colleagues, the team and Pride, who were fine with me showing courage, if not my face, I told my story, about my life and experiences as an asexual person, and the difficulties I’ve faced finding acceptance and allies.

For the first time people, who were not my life long friends, showed me compassion in the right place, not only that, they wanted to help me promote another story from the LGBTQ community in the hope it would bring some peace to others and promote better understanding.

Now I sit here writing this little piece. Feeling more and more like a ‘normal’ person, accepted and unjudged. I’m still on my way to being fully out and proud, the allies I’ve made are telling me I am just fine, drowning out the voices saying I am broken, giving me the chance to educate people on who I am as an asexual.

I hope that in the future people will learn about less visible spectrums of the LGBTQ community and know that this is just who we are. To quote one of my favourite artists, Kim Namjoon, whose band also helped me on the journey to love myself: Even if I am not perfect, I am limited edition.