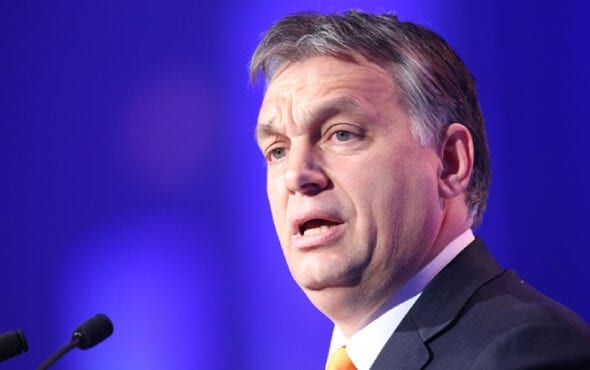 Hungary has banned the promotion of LGBTQ+ content in schools in a major step back for equality.

As Viktor Orbán’s ruling party continues to curtail the rights of LGBTQ+ citizens, lawmakers in the country passed legislation on Tuesday (15 June) banning “content promoting gender change or homosexuality” within the school curriculum.

The legislation was passed by 157 votes to just one in the National Assembly, despite leading human rights officials and activists in Europe criticising the bill as “an affront against the rights and identities of LGBTI persons”.

The ruling national-conservative Fidesz party were joined by the right-wing Jobbik party in overwhelmingly voting in favour of the new measure, while an independent lawmaker voted against it.

Leftist opposition parties boycotted the voting session in protest, while thousands of LGBTQ+ activists held a demonstration in Budapest on Monday (14 June) in an unsuccessful effort to prevent the new measure being passed into law.

The bill has widely been compared to Russia’s “gay propaganda” law, which was passed in 2013, that bans disseminating “propaganda on non-traditional sexual relations” among Russians.

Budapest mayor Gergely Karacsony called it a “shameful day” and said “the opposition’s place is not in the parliament but on the streets.”

Presented last week by Fidesz, the new legislation aims to tackle paedophilia within the country and includes amendments banning representation of any sexual orientation, besides heterosexuality, and sex reassignment information in schools.

It also applies to films and advertisements aimed at anyone under the age of 18.

Greens lawmaker Gwendoline Delbos-Corfield – the European Parliament’s rapporteur in Hungary – criticised the new law, stating: “Using child protection as an excuse to target LGBTIQ people is damaging to all children in Hungary.”

Deputy Foreign Minister Michael Roth also tweeted: “Today’s decision in #Hungary’s parliament represents another severe state discrimination against #LGBTIQ people. This law goes against everything we regard as our common European values. Full solidarity and support for LGBTIQ people in Hungary.”