Human beings aren’t products, why try and package us to all be the same? 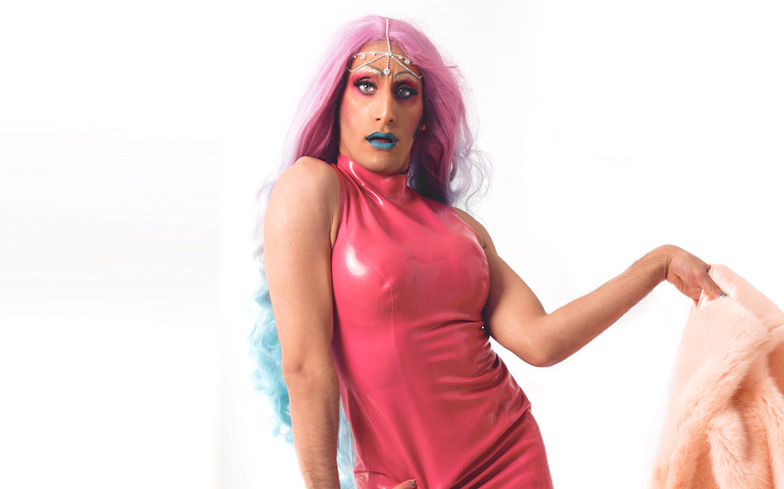 I was raised in a British-Iraqi household that understood love through economic frameworks.

Broadly speaking, my parents treated my brother and I like investments. The terms were that they would provide affection, food, money, and opportunity aplenty, on the condition that we obeyed their behavioural codes – any exhibition of non-conformism would be in breach of the contract.

As an Iraqi family living in the UK, you are taught that retaining the values of the community are your number one priority. You are already a minority race in the country, and you feel pressure to protect the traditions of your cultural roots. After Tony Blair enacted his barbaric war crimes in Iraq – I was 13 at the time – cultural territorialism among Iraqi-Brits only deepened. Iraqi fury resulted in our being raised to fight off the pressures of Western assimilation at all cost.

Individualism is quite an odd notion where I’m from in the Middle East – it’s just not part of our cultural idiom. It’s perceived to be somewhat of a Western export. As an Iraqi, I have always been taught to believe in the ‘collective-self’ of the community. Rather than understanding myself as an individual, with a unique set of wants and desires, I’m a product of a culture that I must devote my life to upholding. The principles are: obey your parents, get a high-paying job to finance your parents in later life, exhibit your wealth, marry an Iraqi girl, produce Iraqi children, and raise them to replicate this behaviour generation after generation ad infinitum.

Unfortunately for my parents, I’m gay. And genderqueer. And I love makeup. And dresses. For a living. And I’m broke. And I question absolutely everything I’ve ever been taught (at the age of seven, I asked my mother if I needed a condom to lie in bed with her). My ‘alternative’ behaviour grew more visible by the age of 13, and my parents did all they could to stifle it. The ultimate mic drop moment was at 18, when I withdrew my place from medical school the week before starting. When you exhibit forceful individual will in communities that operate on a collective-self mentality, you are seen as an aberration – a cancer that must be controlled, eradicated, or obliterated.

For my family, drag is a super-virus, threatening the health of the collective-self illusion. When an image of me performing came out in the community, my uncle told me I was the ultimate source of shame for our family, and that he no longer wanted anything to do with me. But it’s far more complicated than “we reject you for being gay.” In fact, I don’t think it has anything to really do with sexuality.

Drag is so vilified by my family because it exposes their very contradictions. Iraqi culture is all about public appearances. Like an episode of Drag Race, the women engage in a designer dress reimagining of Game of Thrones, each vying for the crown with the most elaborate ensemble. My mother, truth be told, is more of a drag queen than I am; the last time we saw each other, there was a welder in the house repairing a metal clasp on her Valentino dress. A WELDER. To fix her dress. And she wonders where I get it!

Regardless of what goes on behind closed doors – affairs, money laundering, dysfunction, bankruptcy, every transgression on Islam imaginable – each social engagement entails performing a cohesive image of glamour, success, and piety, all while upholding the gendered social traditions of our culture. And no one is allowed to call bullshit.

Drag calls bullshit. In professing an image so artificial, it basically says, “the jig is up”. It’s the wizard behind the curtain, undermining the pretences of a city that is only emerald jewels on the surface (while wearing emeralds, obviously). Drag, in being so honestly dishonest, reflects the dishonest honesty in the principles of the collective-self. Not only that, it does it through individualism, through an image constructed entirely out of choice.

I think my drag has been met with such disdain because it is a blatant image of self-expression to so many who have chosen to suppress individual desires. My parents trying to stop my drag is more routed in jealousy than actual anger: “If we had to sacrifice our own identity, why do you think you can celebrate yours?” The drag is a reminder of the individual liberty they were forced to ignore and this undermines their entire worldview.

Whenever I screamed “Let me be me!” at my parents – that cringe adolescent stock phrase – they used to say, “You’re not you. You’re us.” I’m still dumbfounded at the desire to raise children to be just like you. As a queer person, I believe almost prophetically in difference, in each and every person being unique.

Human beings are not products that can be manufactured to behave in a prescribed way. We’re unpredictable free agents, overflowing with creativity, and spontaneous to our core. Why try and package us to all be the same? When you do this, the world misses out on the intangible value of what it means to be an individual.