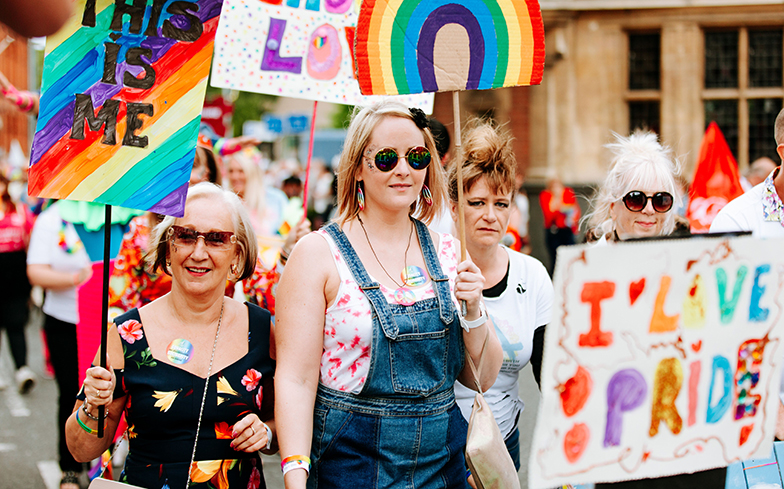 Could EuroPride be coming back to the UK in 2023?

Pride in Hull, which has been running since 2001 and was named the first UK Pride in 2017, have announced their bid to bring EuroPride 2023 to the city with the promise of a year-long extravaganza full of LGBTQ-themed activities and events.

EuroPride is, unsurprisingly, the biggest Pride celebration in Europe. It began in London in 1992, and since than has taken place in a different city each year including Madrid, Amsterdam, Berlin, Rome, Paris and Manchester.

In addition to the traditional Pride festival and parade, EuroPride also incorporates an opening and closing ceremony, an HIV vigil, and a human rights conference along with an expanded programme of LGBTQ events and activities.

The massive celebration attracted hundreds of thousands of Pride revellers from across the continent each year.

“EuroPride is such a huge event, bringing thousands of people to its host cities, and we believe that Hull is ready to shine as the hosts of EuroPride,” explained Matt Walton, chair of Pride in Hull.

“The volunteer team behind Pride in Hull have proven time and again that we know how to put on a safe, fun and spectacular celebration, and we’ve learned a huge amount over the past few years.

“We’ve faced huge changes as a city and a nation – from Brexit to the current situation with the coronavirus lockdown – but the Pride in Hull committee absolutely believe in the city’s passion to build bridges and reconnect people.

“We’ve seen the power of the rainbow to bring hope in the past couple of weeks, and we know that EuroPride in Hull would be such a source of joy and hope for all.”

Other cities bidding to host EuroPride in 2023 are Belfast, Bergen, Malta and Rotterdam. A decision is expected to be announced at the European Pride Organisers Association AGM in Oslo this October.

Kristine Garina, President of the European Pride Organisers Association, said: “We are of course all aware of the impact of the COVID19 pandemic on Pride organisers around the world but we must stay focused and united.

“It’s great to see Belfast Pride, Bergen Pride, Pride in Hull, Malta Pride and Rotterdam Pride looking beyond the current situation and all bidding to deliver an outstanding EuroPride in 2023.”

“I look forward to seeing the bids from all five Prides, and I am sure we will see human rights and the fight for LGBTI equality at the heart of each bid.

“We are living in troubling times and Pride is a vital opportunity for us to come together and stand as one.”