“I believe labels are for clothes, not for people.”

Hugh Sheridan has publicly spoken about his sexuality for the first time.

In an essay for Stellar Magazine, the Australian actor – who’s best known for his six-season stint on Packed to the Rafters – said he felt obliged to address his sexuality for LGBTQ+ youth who are struggling to “figure themselves out”.

During his school and teenage years, Sheridan said he was assumed to be gay by his peers, which he felt was a “misplaced” label because he was only attracted to the opposite sex at the time.

“After moving to Sydney to attend NIDA, I finally met a guy who I connected with emotionally, mentally and physically,” he explained.

“I was over the moon – I could finally be what people always wanted me to be, so I told everyone. In return, I was told that if I was anything but straight I’d never find work, and that I needed to hide my new-found love.

“To add to the confusion, the two mentors who told me this were openly gay themselves; they were earnestly trying to protect me and did indeed have my best interests at heart. That was just the reality.”

Sheridan revealed that while he started work on Packed to the Rafters, he was in a relationship with a man, but kept it hidden to make his relationship feel “more sacred”.

When the relationship came to an end and he fell in a love with a woman, he felt “too embarrassed” to make the romance public as his loved ones knew his prior relationship was with a man.

Although he advocated in “silence” for LGBTQ+ equality for a number of years, Sheridan is now speaking out about his sexuality because if he “maintained a silent protest, then people would always think I had something to hide or was denying others that expression.”

He continued: “In many ways, I wish I didn’t have to write this, but I feel a responsibility to others who may come after me.

“By sharing my story now, and becoming more transparent, maybe I can help to give others who are private a break. We might live and let them live as they wish. I believe labels are for clothes, not for people.” 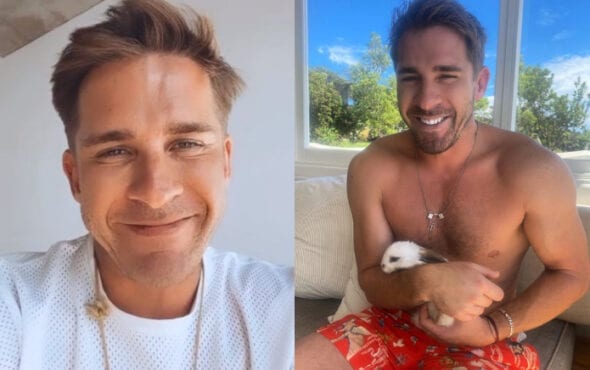 In a follow-up interview with Stellar, Sheridan said lockdown measures caused by the coronavirus pandemic have “given him time to reflect” on how his sexuality has been speculated in mainstream media.

“It occurred to me that no-one ever sticks up for people who don’t pick a label,” he said before being asked how he identifies, to which he responded: “As a human being.”

He explained further: “People will read this and say, ‘He’s not coming out. He’s bisexual. He’s asexual. Or non-binary. Or queer. Or fluid.’ These are all these words that didn’t exist when I was younger and maybe if they had, they would have helped.

“But the fact that these labels keep popping up indicate there must be a lot more people out there who feel how I feel – like the words still don’t fit.

“Maybe this is also my way of letting people know that I’m still single, and everyone is on the smorgasbord.”

Sheridan will reprise his beloved role as Ben Rafter in an upcoming Amazon Prime revival of the series, titled Back to the Rafters, which is expected to premiere in 2021.