How to be a trans ally: tips to help you be the best advocate you can be 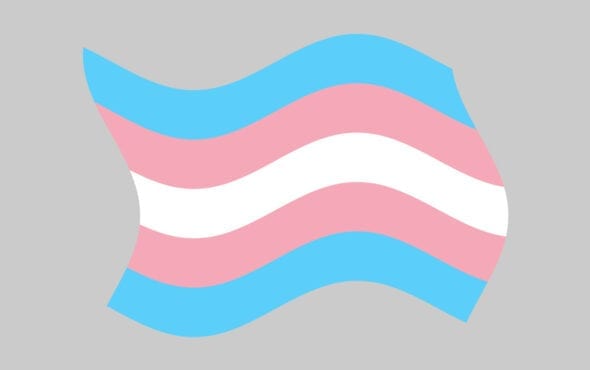 Even though there have been massive steps forward in recent memory for the trans community, they are still disproportionately marginalised – even from within our community. Without trans people, the wider LGBTQ community would have NONE of the advancements in rights we now enjoy and it’s time for some payback.⁣
⁣
This is a (far from exhaustive) list on some ways to be a better ally to your trans friends, siblings and colleagues. Allies are an essential part of the journey towards the liberation of any oppressed group, and these tips will help you make sure you’re being the best advocate you can be.⁣

The ways in which people discriminate against the trans community are extremely varied. While overt forms like violence may be more obvious, in many cases the bigotry that trans people face daily is far more insidious. From microaggressions like deliberate or repetitive misgendering to basic intimidation tactics like an invasion of personal space or taking a photo without consent.

As an ally: If you see someone being targeted in any of these ways, speak up and step in. Even if you don’t know the person being picked on, a simple “are you okay? Do you need any help?” will help make the person feel less alone.

Just because you know who Laverne Cox is or you binge-watched all of Pose in one night doesn’t mean that you’re an expert on the trans experience, and that’s okay. Trans people are the only ones qualified on their own identities, and even when they’re still figuring themselves out they’re still definitely going to know more than you.

As an ally: In a world that’s constantly trying to silence trans voices, don’t add your voice to the white noise. By listening to trans people, you’ll realise almost immediately that their experiences are entirely varied – far from the monolithic way they are presented in the media.

Just because you might not be around any trans people doesn’t mean you get to put your feet up and pat yourself on the back for being tolerant in the company of the oppressed. Transphobia is rife – even in LGB spaces – and it’s your job to stand up for the community when people think they can get away with some casual transphobia because there aren’t any trans people around.

As an ally: If you’re around people who are using slurs or derogatory language, call it out for what it is: bigotry. Especially when you’re in an LGB space remind people of the basic compassion they wished the straight world had shown them when they were growing up and ask why they then aren’t willing to pass this on towards the most marginalised among our initialism.

Trans people are extremely forgiving towards mistakes, providing you’re learning, growing and that your apology is correct. Just as philosopher Hannah Montana says: “nobody’s perfect, I gotta work it”. Acknowledge your mistake and move on with the conversation.

As an ally: If you accidentally misgender someone, that’s okay! But instead of apologising with something dramatic along the lines of “Oh my god I’m the worst person alive I can’t believe I just did that you must hate me so much etc etc” which completely centres you and will likely make your trans friend feel as though they’re burdening you, a simple “Shit, sorry, thanks for correcting me” will do.

Gender identity isn’t the same as gender expression, and you definitely don’t get points for “not realising” that someone is trans. Equally, just because a person is trans doesn’t mean they need to adhere to your understanding of gender when it comes to clothes, makeup or even music taste. Trans people don’t owe you femininity, masculinity or androgyny.

As an ally: Recognise that gender norms are entirely arbitrary, and indeed merely a social construct used as a weapon by those who benefit from the patriarchy to inflict further oppression… but I digress. There is no one way to be trans, and there is certainly no one way to ‘look trans’. Don’t have any expectations and you a) won’t be surprised and b) won’t offend.

As an ally: Don’t ask people what their junk looks like! This also applies to lines of questioning about surgery – asking someone if they’re ‘pre or post-op’ is not only invasive but also reduces the trans experience down to merely a surgery. Many trans people don’t have surgery, but whether they have or not isn’t any of your business, no matter how supportive you’re trying to be.

Trans people are more than their identity.

Trans people are multifaceted and chances are they won’t want to spend every interaction with you talking about their gender. While you should make your support clear, there’s no need to overdo it by consistently driving home just HOW much of an ally you are by always going on about it.

As an ally: Create an environment that is open if and when a trans person wants to talk about their experience, but don’t pry or fixate. There are other things to talk about! Some examples: React by the Pussycat Dolls, Billy Porter’s red carpet looks, and speculation on when Lady Gaga will be releasing Stupid Love.

Avoid saying any of the following: