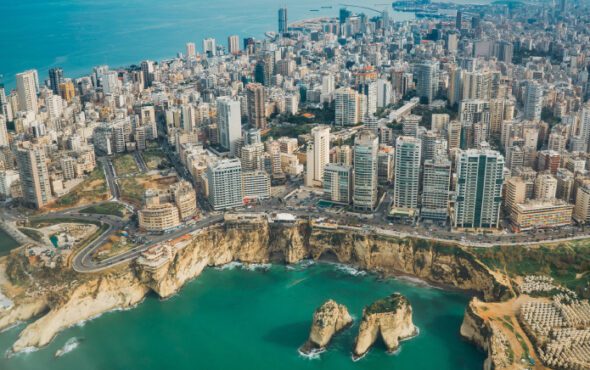 Two years have passed since a huge explosion at Beirut’s port killed more than 215 people and devastated parts of the Lebanese capital, but many residents are still haunted by traumatic memories of 4 August 2020.

The explosion was caused by ammonium nitrate unsafely stored at the port since 2013, and is widely seen by Lebanese as a symbol of corruption and bad governance by a ruling elite that has also steered the country into a grinding financial crisis.

To mark the second anniversary of the disaster, the Thomson Reuters Foundation spoke to four residents from Mar Mikhael and other hard-hit neighbourhoods. Here are their stories:

“When I heard the explosion, I knew it was something big – I just didn’t expect it to cost me my job, and my house, as well as change my life forever.

“My husband and I survived the blast, but we still feel as though our lives came to an end. I feel like we’ve been killed from the inside.

“After the explosion, we were forced to spend several nights sleeping on the streets as our house was destroyed, and the hotel where I worked had to close, so I was laid off.

“Migrant workers and refugees have been hurt, we have had our homes destroyed, but because we constantly face discrimination, we have been refused aid.

“Many of my friends were also affected by the explosion. Several of them lost their passports, money and belongings, and dozens more had their shared housing and makeshift shelters completely destroyed.

“Although some organisations have helped us find a temporary shelter, it remains temporary, and I remain without a job.”

“The explosion took place in the middle of my writing. My fourth book was in the works – a story about a transgender woman trying to survive in a family that does not accept her. I was completely invested in it.

“My words, my heart, my life, and my inspiration were all broken by the blast. I ran down the street to find out what had happened. I saw blood, death, and wrecked cars. Everything reminded me of the Lebanese Civil War.

“All I could think about was how I had survived both the war and this explosion. What is my purpose in life, and why am I still here?

“After I emerged from this trauma, I decided to have my trans hero awaken to a life that is far away and safe.”

“My home and neighbourhood were destroyed in the explosion, and with them went the only stable and thriving community I had ever known.

“The only way I could see of making it through life as a gay man and a drag queen was to find a group of people who accepted me for who I was.

“On the day of the blast, I was forced to leave the one place where I felt accepted and return to my parents’ house in a more traditional neighbourhood. Due to my sexual orientation, my parents have once again disowned me.

“After everything that had happened, after I had come so close to losing my life, the only thing that mattered to my parents was the fact that I was gay.

“As luck would have it, many groups and international aid have contributed to the rebuilding of our home and the nearby restaurants and bars, and finally I am back to where I am accepted.”

“Aug. 4 changed my life in a serious and irrevocable way.

“I happened to be standing very close to my house when the explosion took place. I was able to find a safe place to hide, meaning I only had minor physical injuries, but my house was completely destroyed.

“I don’t know if it was shock or denial, but when I realised the blast had destroyed my house, I kept my composure and considered my next move. Then, all of a sudden, I started crying.

“Even within the boundaries of our own neighbourhoods, the explosion has made it harder for me and many other women to escape feelings of insecurity and lack of safety.”