Homophobe films himself spitting on a Pride flag outside gay bar 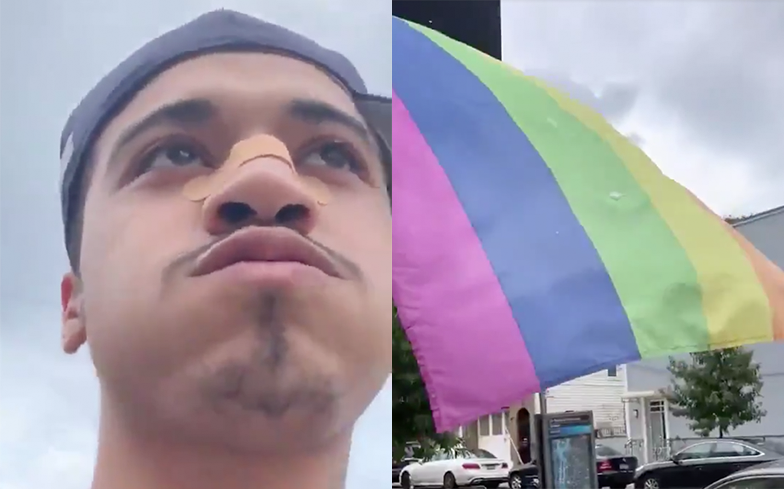 “We won’t tolerate this unacceptable behavior.”

A homophobe has been captured on video, by himself, spitting on a Pride flag outside a gay bar in New York City.

The individual – who has not been identified – was walking along 37th Street towards Albatross Bar, located at 36-19 24th Avenue. In the video, you can see him checking the street to see if anyone was around, before launching his saliva at the flag.

The bar owner received the video via email earlier this week, shortly after it was posted on YouTube, according to Astoria Post.

He initially ignored it, but after thinking it over, he is now determined to find the suspect.

“If anyone recognizes this person please private message us so we can report to authorities,” wrote the official Twitter account for Albatross Bar. “We won’t tolerate this unacceptable behavior.”

He added: “We decided to download it ourselves and put it on our own platforms, so no one would be giving him any attention but we could still get it out there and hopefully find his face.”

The caption for the YouTube video reads “stupid kid spit on LGBTQ flag and get chased by transgenders” but that doesn’t happen, at all – watch below.