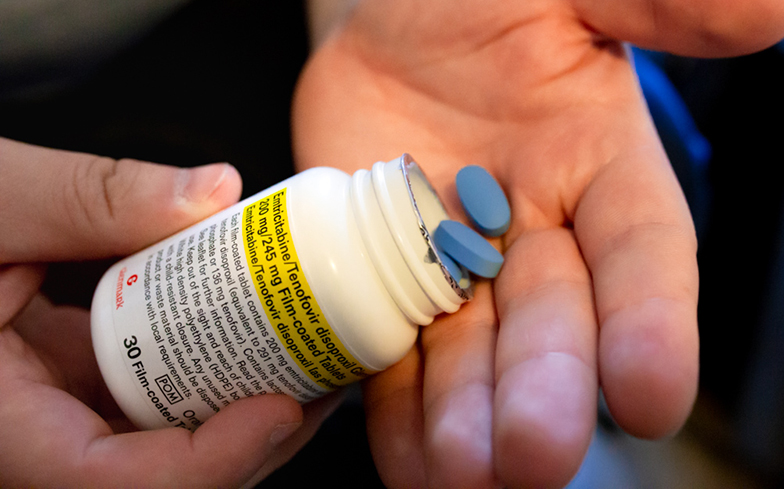 The number of people diagnosed with HIV in the UK has dropped significantly since 2012.

According to new figures released by Public Health England, the decrease is especially significant among men who have sex with men (MSM), with a 71.4% drop in new HIV infections since 2012.

Health Secretary Matt Hancock said the UK is on track to meet its goal of ending HIV transmission by 2030, saying he “feel[s] very strongly” about the cause and that the new figures are “encouraging”.

The decrease in new transmissions has been attributed to the success of HIV preventative measure PrEP, and campaigners are now urging the government to make the drug more widely available.

Phil Samba, of advocacy group Prepster, told BBC News: “The figures show the impact that Prep, combined with increases in HIV testing and rapid access to HIV treatments can have,” he said.

“We truly are living in a new era of HIV prevention. Yet, Prep is still not freely available on the NHS in England and unnecessary HIV infections are happening because of foot-dragging by politicians.

“Today, we make a clear call to Matt Hancock and his colleagues, ‘Get a grip and fund a full Prep service now.'”

Matthew Hodson, Executive Director of NAM/aidsmap, echoed calls for wider access to PrEP but seemed confident that the UK could reach its goal of zero new transmissions by 2030.

“The declines we’ve seen in HIV diagnoses in England are steepest among gay and bisexual men. The data strongly suggest that new HIV infections in this group are dropping even faster than new diagnoses. It’s estimated that there has been an amazing 71% decrease in HIV incidence for gay and bi men since 2012,” he said.

“This data show the impact of getting people with HIV to undetectable levels of virus so that they can’t pass it on to sexual partners (aka U=U) whether or not they use condoms. Removing barriers to testing, offering PrEP to those who test negative and immediate treatment to those who test positive is crucial.

“If PrEP were available to all, as has been promised, we might have achieved even more.

“New diagnoses have not dropped for all communities of gay and bisexual men. We’ve not seen the same declines among Latin American and Caribbean men and it is urgent that these needs are prioritised.

“Overall though this data contains much to celebrate. The UK is a world leader in getting people with HIV to undetectable levels. If we don’t make it to zero new cases by 2030 we are on the path to getting very close.”

This article was updated after Public Health England contacted us with corrected figures.