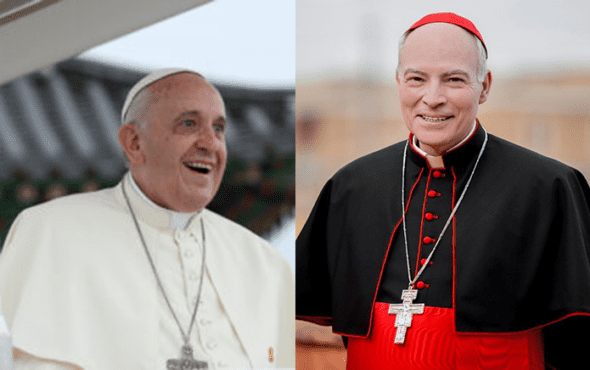 In an unexpected move, the highest-ranking bishop of the Mexican Catholic Church has agreed with Pope Francis’s comments concerning the protection of LGBTQ+ parents and children.

In an interview with Reuters, Cardinal Carlos Aguiar showed support for the Roman pontiff and his LGBTQ+ comments that were featured in the 2019 documentary, Francesco.

In the film the Catholic leader – whose views concerning the LGBTQ+ community have been wildly inconsistent over the years – said same-sex couples should be “legally covered”.

Francis told filmmaker Evgeny Afineevsky that we “have to create a civil union law” and that “homosexuals have a right to be a part of the family,” adding: “I stood up for that.”

“They’re children of God and have a right to a family,” he continued. “Nobody should be thrown out, or be made miserable because of it.”

The archbishop also revealed his thoughts on LGBTQ+ children being shunned from their families saying “That can’t be. It just can’t be.”

The pope’s acceptance of the LGBTQ+ community has constantly fluctuated over the years.

Back in 2018, Francis came under fire after shooting down the idea of LGBTQ+ people within the clergy, stating: “The issue of homosexuality is a very serious issue that must be adequately discerned from the beginning with the candidates.”

The following year, the pontiff requested to meet with Rev. James Martin – a staunch Jesuit who has actively campaigned for the church to welcome more LGBTQ+ members –  to have an open discussion about LGBTQ+ Catholics Martin described the meeting as “consoling, inspiring and encouraging.”

Cardinal Carlos Aguiar now showing his support, we can only wait to see if other church officials will show the same.