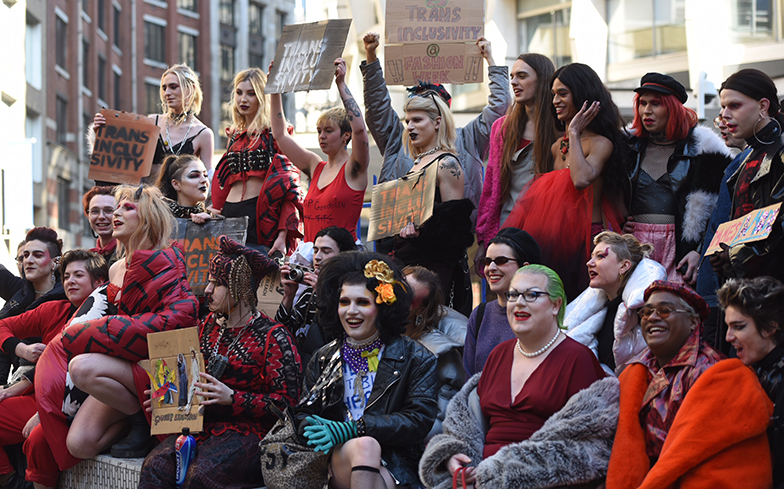 Plans for London’s first ever Trans+ Pride have been announced.

For the first time ever, the UK’s capital city will hold a march of both celebration and protest for trans, non-binary, intersex, and gender non-conforming individuals – as well as their family, friends and allies – on Saturday 14 September, 2019.

As well as increasing visibility for the trans+ community, the march will serve as a protest of the discrimination that continues around the world; from transphobia in the British media, to the Trump administration’s attempts to take away rights.

Related: Remembering the 13 trans women who have been killed in the US in 2019

The march will commence at 1:30pm and will end in Soho Square, where organisers aim to “claim space for trans and gender nonconforming people” in the heart of London’s LGBTQ community.

Allies are welcome to attend and march in solidarity, but remember this event is about celebrating trans+ people – show your support, but don’t make it about you. “In the wider political climate around trans people — from Trump’s military ban to the continued mass murder of trans people across the world — a march is the only way to adequately and appropriately express our combined outrage and our pride.

“We are marching to be visible to trans people across the world who don’t have communities and to the TERFs that hijacked Pride in London 2018: we are here, there are thousands of us and we are proud.”

Trans Pride Brighton has been running events since 2013, but this is the first time London will have its own event.