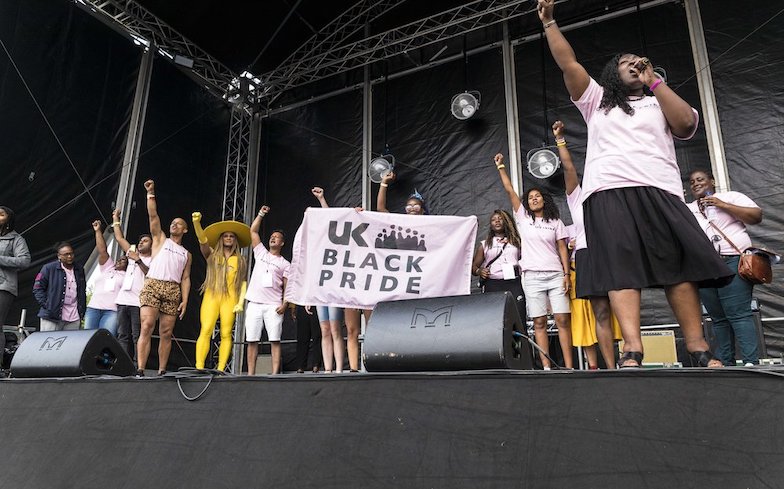 Here’s how you can support anti-racism in the UK.

On 25 May 2020, an unarmed 46-year-old Black man named George Floyd was murdered after a white police officer knelt on his neck for over eight minutes. The officer, Derek Chauvin, has since been fired and charged with third-degree murder and second-degree manslaughter.

Protests and demonstrations have erupted in cities across the United States – and the world – against police brutality, racism and white supremacy, while social media has been flooded with anti-racism movements from the Black community and allies.

While the world’s attention is placed firmly on racism and police brutality in the United States right now, it’s important to remember that the UK is not innocent and has its own long, complicated history with racism and mistreatment of Black people.

Here are some places that you can donate to in the UK to fight racial injustice.

A recipient of the the Nobel Peace Prize, Amnesty International is the world’s leading human rights organisation and campaigns against injustice and inequality around the world. Their mission statement is to fight for “a world in which every person enjoys all of the human rights enshrined in the Universal Declaration of Human Rights and other international human rights instruments.”

Black Lives Matter is a global organisation operating in the US, UK and Canada and aims to eradicate white supremacy and “build local power to intervene in violence inflicted on Black communities by the state and vigilantes.”

SARI is an agency that offers support and advice for victims of hate crimes and racially-motivated attacks. According to their website, most of SARI’s staff have “some direct experience of dealing with hate motivated behaviour and all staff have a clear understanding of and commitment to the objectives of SARI.”

Show Racism the Red Card tackles racism in the UK with educational workshops, training sessions, multimedia packages and many other resources. Founded in 1996, it is the UK’s leading anti-racism educational charity and delivers training to more than 50,000 people every year.

Stand Up to Racism UK

Stand Up to Racism campaigns against racism, fascism, antisemitism and Islamophobia. The organisation are standing in solidarity with protestors in the US with socially-distanced protests in the UK. A day of nationwide action will take place Wednesday 3 June at 6pm.

Stop Hate UK was founded in 1995 as a direct response to the murder of Stephen Lawrence. The organisation works alongside local strategic partnerships to tackle hate crime and discrimination while supporting victims of racial harassment.

Established in 1979, Southall Black Sisters is a local focuses on the needs of Black, Asian and African-Caribbean women by challenging domestic and gender-related violence. They offer “specialist advice, information, casework, advocacy, counselling and self-help support services in several community languages.”

UK Black Pride is largest celebration for LGBTQ+ people of African, Asian, Caribbean, Middle Eastern and Latin American descent in Europe. From its humble beginnings, UKBP has grown exponentially – attracting LGBTQ+ people of colour from around the country to unite and celebrate at the intersection of their identities.

Here’s how you can support the Black Lives Matter movement in the US.