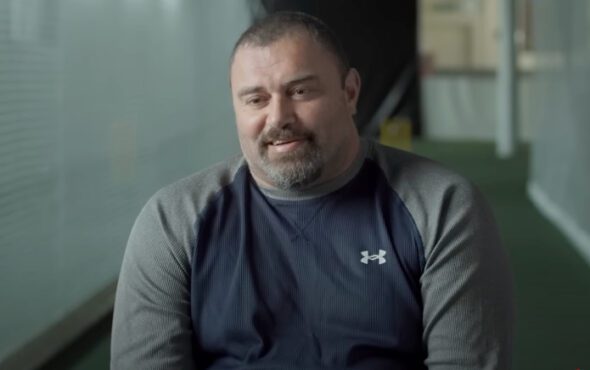 The 50-year-old played for the Black Caps from 1994 to 1997, and revealed his sexuality in an episode of documentary series Scratched: Aotearoa’s Lost Sporting Legends.

He comes out 11 years after former England wicketkeeper, Steve Davis, who was the first international male cricketer to come out publicly in 2011.

The New Zealander began to explore his sexuality on his first tour to England in 1994, despite telling his mother at an early age that he was gay.

Davis believed some of his teammates “might have talked in private as people do,” before telling a few of them towards the end of his professional career.

“I certainly wasn’t living a gay life, wasn’t part of the scene, didn’t have a partner. There was nothing to tie it to,” he said in an interview with The Spinoff.

The star cricketer had his first gay relationship when he was 27 whilst still playing cricket professionally for his hometown, Wellington.

He moved to Auckland for a contract but believed he could be more authentic there.

In an international study on homophobia in sport, Out on the Fields, it was revealed that gay and bisexual men in New Zealand were most likely to keep their sexuality secret.

This was due to a number of factors, including fear of being bullied or not being accepted by teammates and coaches.

Madeleine Chapman, producer of the Scratched documentary series, stated that Davis’ story could be the catalyst for more LGBTQ+ athletes to feel comfortable coming out: “I think other athletes, particularly young athletes being able to see that sort of honesty and vulnerability be warmly accepted by readers and viewers can only be encouraging.”

You can watch Finding Heath Davis below or by clicking here.