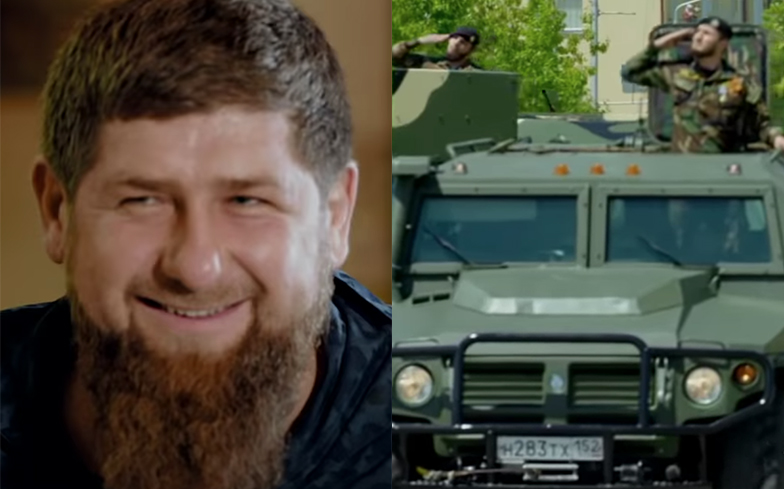 Welcome to Chechnya airs 30 June on HBO and HBO Max.

Oscar-nominee David France has teamed up with HBO for a documentary about Chechnya’s ongoing anti-LGBTQ persecution.

Welcome to Chechnya focuses on a small group of Russian activists – often with hidden cameras – as they help vulnerable queer people escape capture, torture and even execution from the government as part of their horrifying ‘gay purge’.

HBO says the film will expose “Chechnya’s underreported atrocities while highlighting a group of people who are confronting brutality head-on,” and follows the activists as they “work undercover to rescue victims and provide them with safe houses.”

Due to highly dangerous attitudes towards the LGBTQ+ community in Chechnya and Russia, innovative ‘Deep Fake’ face-swapping technology has been implemented to disguise the identities of those interviewed.

Back in 2017, it was reported by respected Russian newspaper, Novaya Gazeta, that over 100 gay men had been rounded up by police and detained in what was widely referred to as a modern-day ‘concentration camp’.

A year later, chilling reports of young gay men being murdered by their own family members also came to fruition, as authorities in the Russian Republic told parents to kill them – or they’ll do it themselves.

Chechen president Ramzan Kadyrov then publicly declared that he wanted all LGBTQ+ people in the country to be eliminated, despite his ridiculous belief that Chechnya doesn’t “have these kinds of people here.”

One man recalled the torture he went through, saying: “They started beating me with their fists and feet. They wanted to get names of my gay friends from me. They tired wires to my hands and put metal clippers on my ears to electrocute me.

Welcome to Chechnya premieres 30 June on HBO and HBO Max – watch the powerful trailer below.