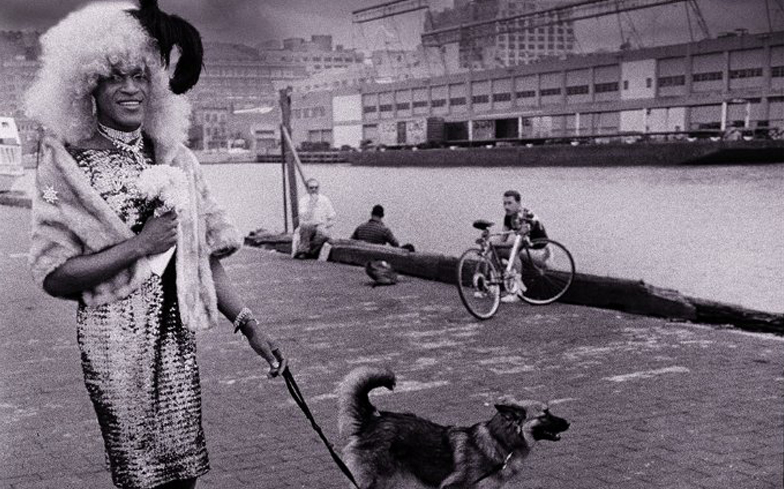 A hateful anti-transgender group hijacked this year’s Pride in London parade and then led the march all the way to Trafalgar Square. They also handed out many leaflets containing offensive, transphobic material.

As the first openly transgender Co-chair of Gay Women’s Network (GWN), a network of around 1,500 LGBTQ+ professional women in London, I was disgusted that this was able to occur and felt great upset, anger and humiliation at their vile message.

I am pleased to say that the GWN welcomes and supports all LGBTQ+ women however they gender identify and am very proud to be associated with them.

The media reported that this hate group simply bypassed security and pushed through to the head of the parade where some of them lay down and refused to move. The group were not registered with Pride in London; however, rather than being totally removed from the parade, they were moved in front of the main parade and permitted to march the entire route in front of the Major of London, Sadiq Khan and the NHS workers that were intended to lead the parade.

Such hateful groups would do well to remember that the whole Pride movement originated from a number of inspirational trans women of colour that stood up for equal rights at the Stonewall Inn, New York in 1969.

It is reported that Pride in London initially responded by saying that they “are pleased that the parade set off as planned”. A later, revised statement said that “hot weather” and concern for the thousands of attendees’ safety were the reasons why the group were allowed to march at the head of the parade, adding that organisers “do not condone” the group.

These statements fell well short of the apology, strong condemnation of the hate group and their offensive message, and promise to take steps to ensure that this could never happen again, that many hoped for and expected.

Being transgender is not an easy journey to make – very few people choose this path lightly, but, as in my own situation, feel that they have no alternative. I knew with certainty from the age of three that I was in the wrong body. Every night from that age, I used to pray to God that I would wake up in a different body – it never happened!

After several years of being unsuccessful with this approach, through desperation I even tried to make a pact with the Devil that I would become a Satanist if he made it happen – that didn’t work either! My parents caught me dressed a number of times, but did not realise the seriousness of my situation. The world was a very different place thirty years ago – as a child, I was too scared and ashamed to raise the issue and talk to my parents about what I was going through; so my gender dysphoria was never discussed, nor any action taken to address the situation. Like so many in my position, I grew up feeling ashamed and disgusted of who I was and desperate to suppress my feelings and true identity.

At the age of 10, I remember deciding that I would address the situation with my parents when I was grown-up so that action could be taken – at that age, I considered 15 to be grown-up! Unfortunately, when I was 13 my 15 year-old sister and only sibling was killed crossing a road, which made it impossible for me to then raise the issue again with my parents… a conversation along the lines of “you know that you have just lost your daughter, well how about…” just didn’t seem appropriate or possible!

My journey then mirrored those of many, by living a secret double life without telling my secret to any other human being. I genuinely believed that I could control my dysphoria and keep this side of me buried forever. I got married, had children and hoped that over time the strength of my gender dysphoria would diminish.

Guess what? It didn’t – the feelings only continued to intensify. I ended up being hospitalised several times and told that they thought I was going to die, but they couldn’t really work out why! In desperation I confessed all to my GP – this was the first time that I had ever told anyone about my situation.

I was terrified, but I was very lucky that my GP was incredibly supportive. I was subsequently referred to Charing Cross Gender Identity Clinic. I hoped that they would be able to medicate me and combine that with specialist counselling so that I could remain in my birth gender and keep my life together. This was not to be, so I embarked on the journey of transition and have been living as my true self since March last year.

Although I am no longer married, my ex-wife and I are still close and she has been amazingly supportive and inspirational, I still have a fantastic and loving strong relationship with my wonderful children and my parents have fully accepted me and are there for me 100%…

It has been an incredibly hard path to take, but I feel very lucky. I have never publicly told this story before but feel ready to do so now. I hope that it gives people a better understanding of what this journey is like and that it is not just a lifestyle choice as some people assume. I also hope that others facing similar issues can see that they are not alone.

Although it really shouldn’t matter whether we ‘pass’ or not, many trans folk suffer significant verbal or physical abuse for just being themselves. We do not choose who we come out to – it is often plain for all to see and we have to ‘wave the flag’ constantly. This constant visibility causes much anxiety to many and requires constant vigilance to stay safe, which can be mentally exhausting!

It is therefore hard to express just how hurtful the actions of this group were, and how hateful their views are to the transgender community. To claim that transwomen are not women at all but are simply sexual predators and rapists is abhorrent in the extreme. Following much reflection on the day after the parade, Pride in London have subsequently issued a further statement of apology and confirmed their condemnation of this group and their vile views. Whilst this is very welcome, they also went on to say that they “could not forcibly remove the group as their protest was not a criminal offence”.

They do however add “We are treating this extremely seriously and will be reviewing what happened with the Greater London Authority, the Metropolitan Police, Westminster City Council, TFL and continuing to consult with our Community Advisory Board.”

I continue to be a big supporter of Pride in London and feel that they have achieved great things and are a massive force for good. Therefore, I seriously hope that they manage to complete their review and put in place new procedures that will prevent anything like this from ever happening again.