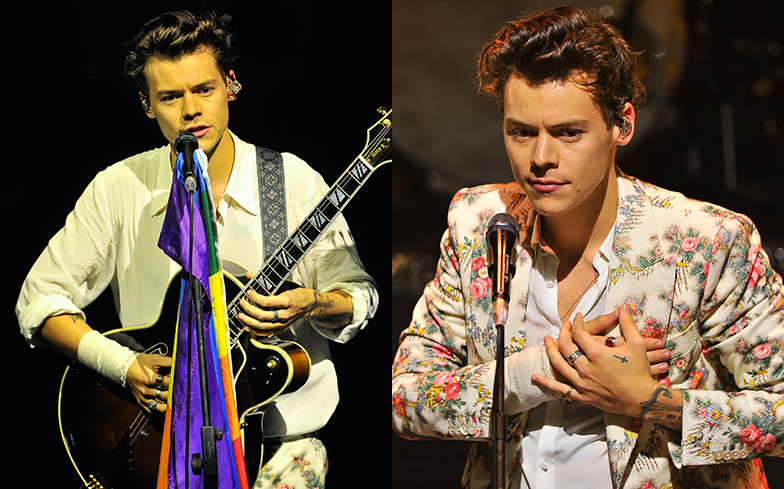 Fans seem to think so…

The British star performed the unreleased song on his debut tour, and has been hailed by fans as a “bisexual anthem” because of its lyrical content.

He also boasts about “messing around” with both sexes: “The boys and girls are here, I’m messing around with them, and I’m okay with it.”

Fans praised the track on Twitter, and were quick to proclaim the performance his official coming out.

See the best reactions below…

harry styles was an icon already, but now he’s a bisexual icon. it’s what we deserve.

me reading the lyrics to medicine by harry styles and realizing that he kinda sorta totally came out as bisexual (or queer in general, point is my mans ain't straight): pic.twitter.com/O2P1GOnlGN

Harry has addressed sexuality in the past.

During an interview with The Sun, he said: “It’s weird for me – everyone should just be who they want to be.”

“It’s tough to justify somebody having to answer to someone else about stuff like that.”

In the same interview, the singer-songwriter also refused to label his own sexuality.

When asked if he’d ever considered a label, he replied: “No, I’ve never felt the need to really. No. I don’t feel like it’s something I’ve ever felt like I have to explain about myself.”

Harry has always been a visible ally to the LGBT+ community, especially throughout his current world tour where he’s waved both Pride and trans flags on stage during his shows. During a show in Sweden, he also decided to vocally lend his influence to inspire inclusivity.

“I love every single one of you.”

And last year during an interview on French television, Harry was asked about LGBT+ equality being political, and his response was perfect.

Harry Styles’ current world tour is in support of his debut solo album, which reached No.1 in the UK and US earlier this year.