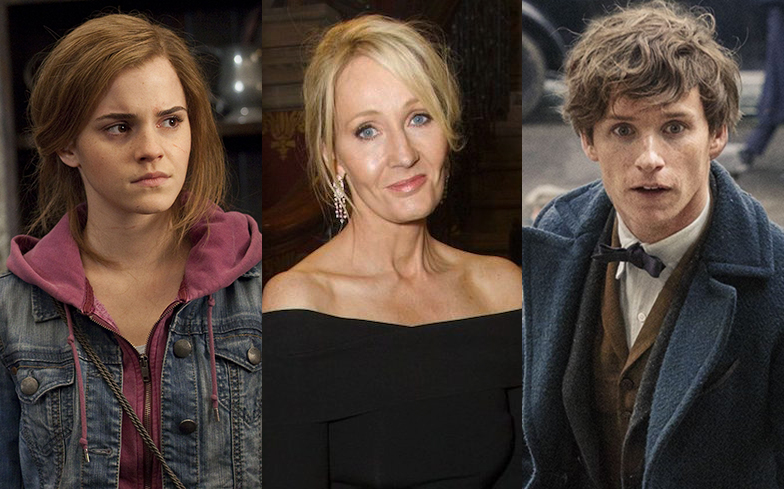 A number of Harry Potter stars have voiced their support for trans rights.

Over the past week, Harry Potter author JK Rowling has caused controversy with a series of harmful tweets – and later a 3,600 word essay on her website – about trans people, arguing that only women menstruate and weighing in on the tired ‘trans bathroom’ debate.

“When you throw open the doors of bathrooms and changing rooms to any man who believes or feels he’s a woman – and, as I’ve said, gender confirmation certificates may now be granted without any need for surgery or hormones – then you open the door to any and all men who wish to come inside. That is the simple truth,” she wrote.

Now, several major stars of the Harry Potter film franchise are speaking out in order to distance themselves from her controversial views.

Daniel Radcliffe, who played Harry in the films, penned an open letter for LGBTQ+ charity The Trevor Project where he voiced his support for the trans community.

“Trans women are women,” he wrote. “Any statement to the contrary erases the identity and dignity of transgender people and goes against all advice given by professional health care associations who have far more expertise on this subject matter than either Jo or I.”

Radcliffe acknowledged the pain of Rowling’s comments to her avid readers, writing: “To all the people who now feel that their experience of the books has been tarnished or diminished, I am deeply sorry for the pain these comments have caused you.”

Emma Watson, who played Hermione in the Harry Potter films, took to Twitter to reiterate the point that trans women are women, and also encouraged followers to donate to charities Mermaids and Mama Cash like she has done.

“Trans people are who they say they are and deserve to live their lives without being constantly questioned or told they aren’t who they say they are,” she wrote. “I want my trans followers to know that I and so many other people around the world see you, respect you and love you for who you are.”

“As someone who has worked with both J.K. Rowling and members of the trans community, I wanted to make it absolutely clear where I stand. I disagree with Jo’s comments. Trans women are women, trans men are men and non-binary identities are valid,” he said.

“I would never want to speak on behalf of the community but I do know that my dear transgender friends and colleagues are tired of this constant questioning of their identities, which all too often results in violence and abuse. They simply want to live their lives peacefully, and it’s time to let them do so.”

“If Harry Potter was a source of love and belonging for you, that love is infinite and there to take without judgment or question. Transwomen are Women. I see and love you,” she wrote.

“So, you want my thoughts on Cho Chang? Okay, here goes…” she tweeted, before instead sharing a number of fundraisers and petitions to sign to show support for the movement.