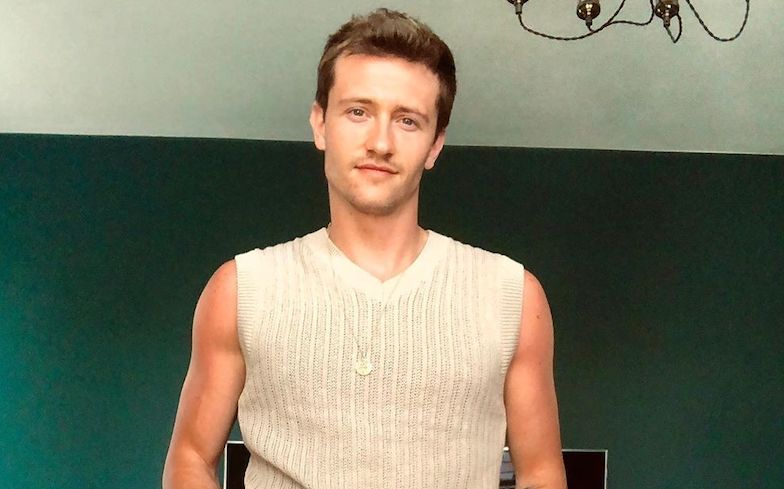 “I’m only sharing this side of myself to everyone now in hope that I can help others.”

Harry Needs, the ex-husband of Olympic swimmer Rebecca Adlington, has come out as bisexual.

The 28-year-old “fitness aficionado” has been in self-isolation over the past few months with Adlington, her boyfriend Andrew Parsons and friend Michael Parsons, so he can spend more time with his five-year-old daughter, Summer.

In an Instagram Q&A on Father’s Day (21 June), Needs publicly addressed his sexuality for the first time.

“This is a question I’ve avoided everyday of my life so far, mainly because I strongly dislike labels despite not knowing a solution to avoid them,” he admitted. “But if I had to answer I would people that I’ve always been bisexual #ahh.”

Needs said he’s known his sexuality since he was 13 and been “content” with it for many years, but didn’t feel the need to come out sooner because of his marriage to Adlington, which lasted for two years between 2014-2016.

“Although all my friends and family know, I’m only sharing this side of myself to everyone now in hope that I can help others,” he explained. “I hope my journey can inspire many others to be true to themselves.”

When asked if he and Adlington split because of his sexuality, Needs revealed: “This is a question I already anticipated people asking, and I’m definitely happy to share the truth. Becky and I NEVER got divorced because of my sexuality.

“Becky is a absolute incredibly supportive friend, and has been from the start and always will be. My family are fully supportive and very unjudgemental in general… we stand for equality in the many aspects of life.

“I’ve had long lasting relationships with both ‘sexes’; there’s not a relationship in my life I haven’t treasured.”

Needs said coming out publicly was “very liberating” because the bisexual community often feel isolated, “especially in regard to our heterosexual dominated society” that boxes people into ‘straight’ and ‘gay’ categories.

“It can make you very uneasy and insecure… my advice is to continue you push boundaries and surround yourself with REAL ones,” he concluded, while also assuring his followers that he’s “here” if anyone needs to talk.

Needs later compiled several adorable photos with him and his daughter, with a “special shout out to bisexual dads out there”.