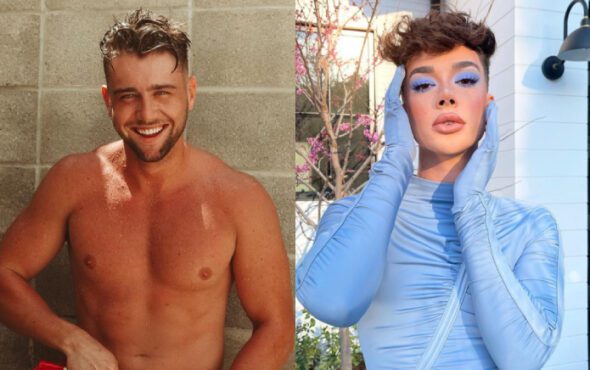 Harry Jowsey is facing backlash after calling James Charles a homophobic slur in an episode of his weekly podcast.

Jowsey, who is known for being a contestant on Too Hot to Handle, discusses the beauty influencer on a recent episode of Tap In.

The episode’s co-host responds by saying they have never heard of Charles, to which Jowsey says he’s “just some f***t” before laughing.

TMZ reports that the episode, titled She Wants Me to Hook Up with Her Mom?, was originally more than 40-minutes-long – though has now been cut to just 27.

Many LGBTQ+ supporters of Jowsey’s were stunned by his casual use of a homophobic slur, especially given the support he has expressed for the community on social media.

Following an array of criticism, he has taken to Instagram Live to address the situation and issue an apology to Charles.

“I just wanted to come on here and say that I am extremely embarrassed about myself, my actions, and the fact that I let such a word slip out,” Jowsey explains.

He continues: “I just want to say to James, my friend, that I said this word about. I am deeply sorry. We have mended things in private, but I just wanted to come on here and say that to the rest of the LGBTQ+ community that I’m going to take some time to educate myself on this and apologise.

“This word doesn’t belong in my vocabulary, and it shouldn’t be spoken about.”

“Scrambled please,” the YouTuber writes in response to Jowsey’s caption asking how his followers would like their eggs.