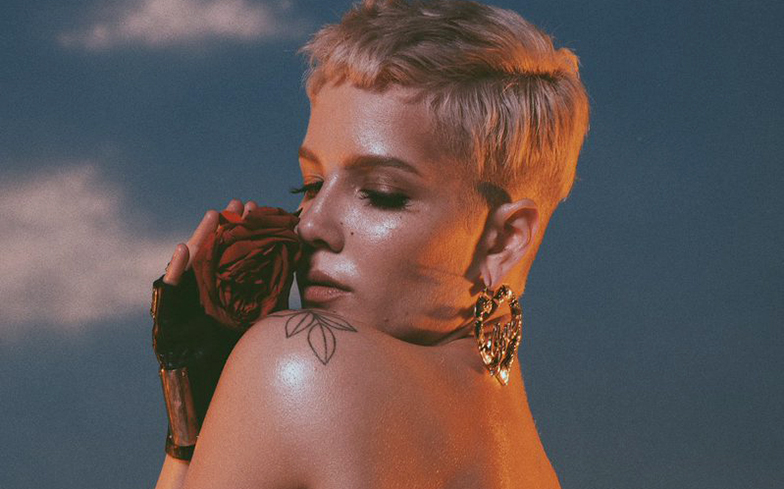 The singer had had enough of people telling her that she wasn’t bisexual.

Halsey has hit out at people doubting her bisexuality in a brilliant PSA announcement. Posting on National Coming Out day, Halsey uploaded a photograph of her on the cover of Paper’s Pride issue.

She finished her post with a set of three hearts, representing the Bisexual Pride Flag.

However, her post was met with some criticism, as some people questioned why she was appearing on the Pride cover, as she is in a relationship with rapper G-Eazy, completely forgetting the fact that Halsey is bisexual.

In the past, she has hit back at bi-erasure with satire, on one occasion writing: “if I’m dating a guy I’m straight, and if I date a woman, I’m a lesbian. The only way to be a #True bisexual is to date 2 people at once.”

But this time, she was a lot more direct with her clapback. Uploading a video to her Instagram stories, she said: “So I posted on my Instagram for National Coming Out Day that I’m out and proud, and everyone’s commenting like, ‘But aren’t you dating G-Eazy?’

“So I wanted to take a moment to make a PSA to remind you that — bisexual people. We exist.”

Halsey previously opened up about her bisexuality when she picked up the Outstanding Music Artist award at the 2018 GLAAD Media Awards. Speaking, after accepting the award, she said: “I’m a young, bisexual woman, and I’ve spent a large part of my life trying to validate myself to my friends, to my family, to myself – trying to prove that who I love and how I feel is not a phase.”