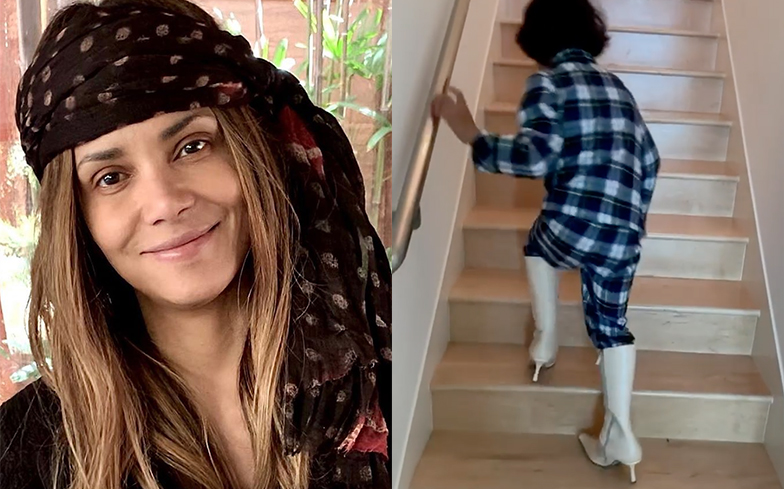 Halle Berry recently shared an adorable video of her six-year-old son Maceo trying to make his way up the staircase in a pair of cream high-heeled boots, highlighting in the caption that they were on the 12th day of quarantining.

Many enjoyed the video, praising his ability to walk in heels better than most people can, but as is always the case, some people felt it was their place to criticise Halle for letting her son wear heels.

“I hope that’s the daughter,” wrote one follower. Another commented, “This is why it’s important for parents to be parents and have control”. A third added, “Where are the fathers when ya need em.”

In response to the negativity, Halle said her son was just having “harmless fun” and encouraged her followers to “have a laugh and some compassion” during what is a difficult time for everyone.

“Well it’s a he, and he is having a ball,” she wrote in a reply to one commenter. “Tryna cope the best he can. Laughter helps a lot right now! It’s tight on these kids right now.”

We need to see more supportive parenting like this in the world, please!

Related: Miley Cyrus stopped going to her old church over the way it treated gay people