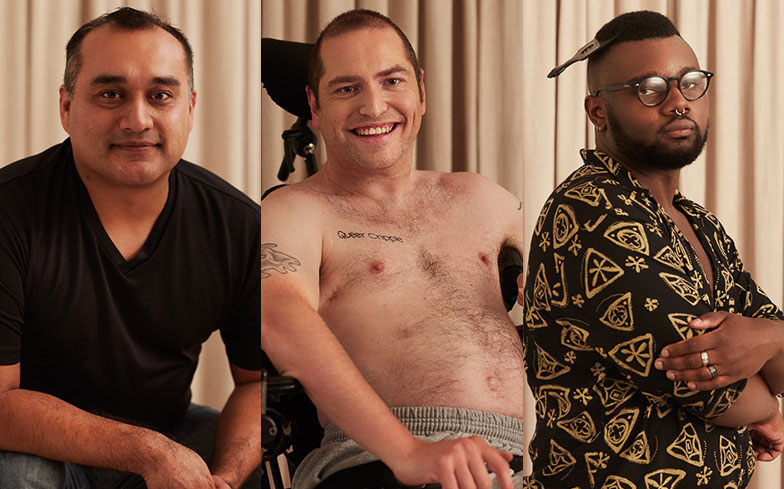 Grindr is continuing on its mission to make its platform a more inclusive experience for all.

The dating app’s Kindr campaign has been launched in response to a growing number of complaints around the culture of sexual racism, body shaming and toxic masculinity that have been increasingly plaguing gay dating apps.

Last week, Grindr released episode one of the Kindr series on YouTube, which addressed sexual racism, and now they’ve released the second episode, which tackles the body shaming which is prevalent on dating apps.

“For somebody with a disability, or somebody who can’t access the bars, the apps are where everything takes place. If somebody’s mean to you, that lives with you,” explains Andrew Gurza, creator of the Disability After Dark podcast.

Queer plus-size model Dexter Mayfield adds: “I’ve always had to deal with people pre-judging me for being big, and yes, I’m confident now, but this confidence hasn’t been here always.”

In a statement, Grindr announced it will be rolling out more Kindr videos in the coming weeks as part of their responsibility to protect their users, and set a precedent going forward.

“Sexual racism, transphobia, fat and femme shaming and further forms of othering such as stigmatization of HIV positive individuals are pervasive problems in the LGBTQ community,” said Landen Zumwalt, head of communications at Grindr.

“These community issues get brought onto our platform, and as a leader in the gay dating space, Grindr has a responsibility to not only protect our users, but also to set the standard for the broader community that we serve.

“Online discrimination has reached epidemic proportions affecting not only Grindr but other social networks. Our ‘Kindr’ initiative is a rallying call for Grindr and our community to take a stand against sexual racism and all forms of othering.

“Together, we will work to maintain a welcoming and inclusive environment and end the need for people to include exclusionary statements on profiles.”

What’s more, Grindr’s community guidelines have been updated, and moderators will act if they see profiles with discriminatory statements.

“We have a zero-tolerance policy for discrimination, harassment, and abusive behaviour. We want you to be yourself, but not at the expense of someone else. Anyone found bullying, threatening, or defaming another user will be banned,” they have stated.