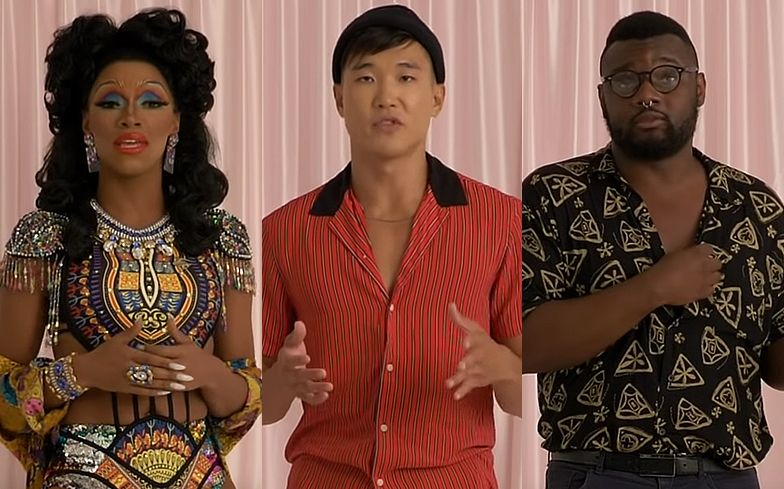 Grindr has today launched its new campaign Kindr, to ensure its platform is an inclusive experience for all of its users regardless of race, gender expression, and appearance.

It’s in response to a growing number of complaints around the culture of sexual racism, body shaming, and toxic masculinity that have been increasingly plaguing gay dating apps.

Grindr will combat these unwanted behaviours on their platform with their new Kindr campaign, which they announced a few weeks back.

To kick start the project is the first of a series of videos which discuss the issues gay dating apps currently face.

First up is a discussion around sexual racism, which outlines why people stating what they are not looking for in regards to a specific ethnic minority is problematic.

“Racism is you thinking I’m not going to be smarter than you when you first meet me,” says Rakeem Cunningham in the video.

“I think the racism that’s not overt but that’s covert is the main problem.”

Joel Kim Booster added: “If you don’t put ‘No Asians’ in your profile, that doesn’t mean you have to fuck Asians now. It just means I don’t have to see it.

“We have only so much in our profiles to get across whatever the fuck we want to get across to all the other guys on this app, and you’re going to take space to narrow it by what you don’t want. Just tell me what you do like.

“If you tell me you like the fucking Jonas Brothers, I know I’m not for you.”

In a statement, Grindr announced it will be rolling out more Kindr videos in the coming weeks as part of their responsibility to protect their users, and set a precedent going forward.

“Sexual racism, transphobia, fat and femme shaming and further forms of othering such as stigmatization of HIV positive individuals are pervasive problems in the LGBTQ community,” said Landen Zumwalt, head of communications at Grindr.

“These community issues get brought onto our platform, and as a leader in the gay dating space, Grindr has a responsibility to not only protect our users, but also to set the standard for the broader community that we serve.

“Online discrimination has reached epidemic proportions affecting not only Grindr but other social networks. Our ‘Kindr’ initiative is a rallying call for Grindr and our community to take a stand against sexual racism and all forms of othering.

“Together, we will work to maintain a welcoming and inclusive environment and end the need for people to include exclusionary statements on profiles.”

What’s more, Grindr’s community guidelines have been updated, and moderators will act if they see profiles with discriminatory statements.

“We have a zero-tolerance policy for discrimination, harassment, and abusive behaviour. We want you to be yourself, but not at the expense of someone else. Anyone found bullying, threatening, or defaming another user will be banned,” they have stated.

“We will also remove any discriminatory statements displayed on profiles. You’re free to express your preferences, but we’d rather hear about what you’re into, not what you aren’t.

“Profile language that is used to openly discriminate against other users’ traits and characteristics (‘No fats, no fems, no Asians’) will no longer be tolerated and will be subject to review by our moderation team.”

Reacting to the launch of Kindr, UK Black Pride stated: “UK Black Pride welcomes and supports Grindr’s significant and bold new initiative to tackle racism, discrimination and prejudice, and its drive to foster an inclusive environment on its global and important platform.

“Our movement depends on those in positions of power, those who can influence, doing what they must to ensure racism, sexism, misogyn(oir), transphobia and all forms of bullying are eradicated and we are impressed with the work spearheaded by Zach Stafford and his team.

“But this is not Grindr’s responsibility alone. While we are encouraged that Grindr is taking this step, we — as a community — must continue to fight for those most marginalised, create safe spaces for us and by us, and lead by example.

“Grindr’s new initiative means we now have one more tool in our battle, and one more much-needed safe space. We look forward to seeing the campaign unfold and experiencing a kinder Grindr for ourselves.”