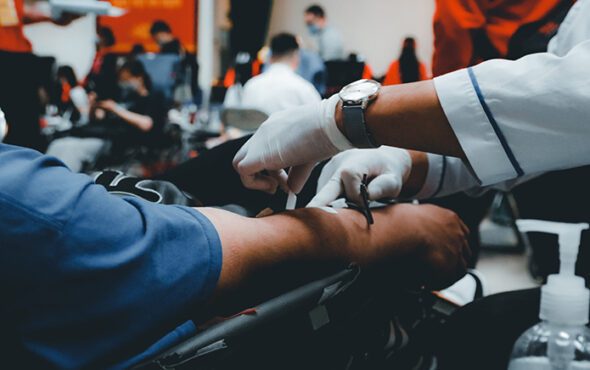 Greece has lifted a longstanding ban on blood donations from men who have sex with men in a historic move for the LGBTQ+ community.

On 10 January, a ministerial decree was signed by Health Minister Thanos Plevris and his deputy, Mina Gaga.

Greek City Times reported that the decree created a new form for people wishing to donate blood to complete, which removes homosexual acts from the list of things restricting someone from doing so.

It will come into effect after the publication of the Government Gazette, the country’s legal newspaper responsible for printing new laws and decrees.

The ban on blood donations from gay and bisexual men was first implemented in 1977.

However, Plevris quickly requested a review of the restrictions from the National Blood Transfusion Center after becoming a minister on 31 August 2021.

Blood donation restrictions for gay men were eased in England, Scotland and Wales in 2021 after a similar decision was made in the US in 2020 following a drop in the country’s blood supply.