Graham Linehan has been permanently banned from Twitter for “hateful conduct” 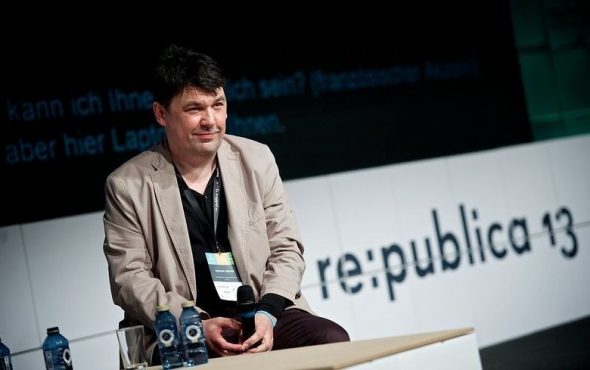 The comedy writer was one of the most anti-trans accounts on the social media platform.

Comedy writer Graham Linehan has been permanently banned from Twitter after violating its policies on hateful conduct. The writer was known for comedies like Father Ted and The IT Crowd, but over the past few years has been more known for his anti-trans views.

Linehan had lost his blue tick verification earlier in the week over tweets which accused an LGBTQ+ group of ‘grooming’ and speaking to the Metro, a Twitter representative said that the ban was permanent.

“The account has been permanently suspended after repeated violations of our rules against hateful conduct and platform manipulation,” they confirmed.

The ban came after Linehan responded to a tweet by the Women’s Institute, which was wishing a happy Pride to its trans members. In the tweet, he wrote: “Men aren’t women tho.”

Following his suspension, Linehan took to Mumsnet to claim that his ban came about as Twitter has a “high percentage of trans-identified employees.”

Linehan has a long history of transphobia, comparing trans activists to Nazis, and in a Newsnight interview compared doctors treating trans children to Nazi scientists, claimed that the recently leaked government plans aren’t actually rolling back trans rights, and said that Marsha P. Johnson wasn’t a trans woman before subsequently misgendering her.

He has also attacked other sexualities, claiming that pansexuality was “bollocks” and that people who identified as queer were actually just straight.

Many LGBTQ+ people on Twitter were thankful for the social media platform taking action, particularly those who Linehan had targeted, often getting his followers to ‘pile on’ certain people.

Susie Green, the Chair of Mermaids wrote: “As one of the countless people directly targeted by Graham Linehan I am glad his account has been permanently suspended. I think he is deeply troubled. Twitter has become a dark place in the last few years with blatant transphobia and hate.”

And Munroe Bergdorf added: “As someone who Graham Linehan repeatedly abused, I am happy that today @twitter is a little bit safer for all trans people. Transphobia is not an opinion, it is not ‘free speach’, it is violent, toxic and harmful.”

As one of the countless people directly targeted by Graham Linehan I am glad his account has been permanently suspended. I think he is deeply troubled. Twitter has become a dark place in the last few years with blatant transphobia and hate 😔

Graham Linehan getting Twitter banned, then going over to Mumsnet for sympathy didn’t go down quite how he’d hoped… pic.twitter.com/eYdm66U7qG

I could RT #GlinnerSuspended all year long! I have not forgotten the targeted harrasment he gave me personally and also @DIVAmagazine and so many others for so long. For all those ‘defending Graham Linehan Let us not forget he is the one suspended not us 🤣🤣🤣 https://t.co/Qr6mXj4F0Y

As someone who was mocked and misgendered by this person, it's *difficult* to feel sympathy for this person.

Bigotry is like the Bog of Eternal Stench in Labyrinth. If you wallow in it, you'll stink forever and shouldn't be shocked if people don't want to work with you. https://t.co/snBYCCFXiz

Remembering my first three months in journalism when Glinner first decided to dox me because I reported on his transphobic views. I had people threatening to kill me, calling me a terrible person, and a terrible reporter. He's done way worse to hundreds. I will not miss him.

After Katie Hopkins, now the delightful Glinner is also permanently gone. Bravo @twitter for standing up to hatred and bigotry. Happy Pride!!❤️😘🌈🥳 https://t.co/fUArEy4P87

It’s permanent — he won’t be back. I hope Twitter will do something now about the thousands of accounts that exist purely to harass trans people, many of whom are highly vulnerable. A culture of bullying can only take hold when the people in charge let it https://t.co/I8h03WRrdh