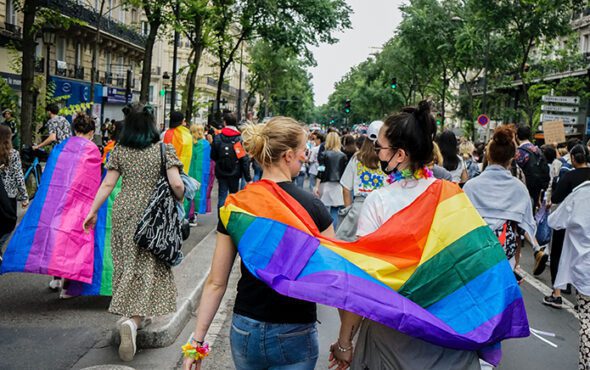 The UK government’s first-ever global LGBTQ+ conference has been cancelled after it backtracked on a promise to ban ‘conversion therapy’.

A commitment to ban the practice was first made by Theresa May’s administration in 2018, though is yet to actually happen.

Last week, it was revealed that the government had made a U-turn on its decision to ban ‘conversion therapy’ in its entirety, though after fierce backlash it made another U-turn and opted just to ban its use on gay people – but not transgender.

“Recognising the complexity of issues and need for further careful thought, we will carry out separate work to consider the issue of transgender conversion therapy further,” it said in a statement on 4 April.

As a result of the backtrack, more than 100 organisations dropped out of the government’s Safe to Be Me conference, which was due to take place this summer to coincide with the 50th anniversary of London’s first Pride marches.

Among these were Stonewall, the Terrence Higgins Trust and the Global Network of Rainbow Catholics.

Plans for the event have now been scrapped entirely because of the lack of support for it, The Times reported.

The cancellation of Safe to Be Me breaks a manifesto pledge made by the Conservative Party during the last general election, with Liz Truss set to formally confirm the move when she returns from Poland.

“We had such a huge opportunity to prove the UK (and the Conservative Party) is a defender of freedom,” Tory MP Dehenna Davison wrote on Twitter after the news broke. “As a Conservative member of the LGBT+ community, it is so wrong it has come to this.”

For 3 years, I urged the government to use the opportunity they had as Co-Chair of the Equal Rights Coalition to take a global lead on LGBTQ+ issues. For 3 years, they did nothing except talk up their ‘Safe To Be Me’ conference. And now where are we? What a sickening waste.

She added: “For 3 years, I urged the government to use the opportunity they had as Co-Chair of the Equal Rights Coalition to take a global lead on LGBTQ+ issues. For 3 years, they did nothing except talk up their ‘Safe To Be Me’ conference. And now where are we? What a sickening waste.”