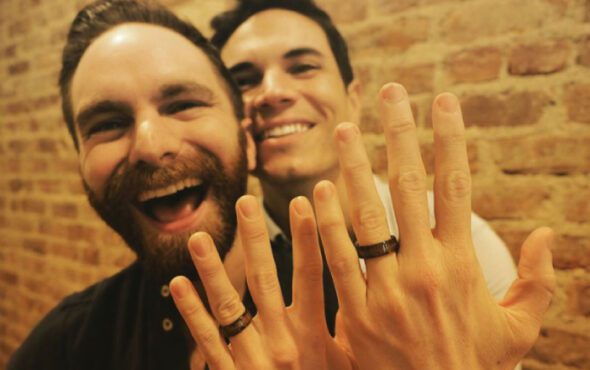 The pair got engaged in January 2021 after reportedly meeting on the set of NBC’s Peter Pan Live! which aired in 2014.

They wore matching cream-coloured outfits at the 11 October ceremony, which a source tells PEOPLE was an “oasis in the forest”.

“The vows were emotional,” the source added before explaining that many guests cried during the service. “The day was magical.”

Hartung’s mother reportedly gave a speech at the wedding, with the mysterious source sharing: “She based her speech on something old, something borrowed, something blue and something new, and she related each of those things to them and their families.”

Gotay also serenaded his husband on their special day in what sounds like a very intimate event.

Announcing their engagement on Instagram earlier this year, Hartung wrote: “Surprising someone you’re around 24/7 is hard…BUT WORTH IT!”

Just over a week before the wedding, Gotay took to the same platform to share his excitement over marrying his fiancé.

Gotay appears in Gossip Girl’s more diverse and LGBTQ-friendly reboot, which was recently renewed for a second season. 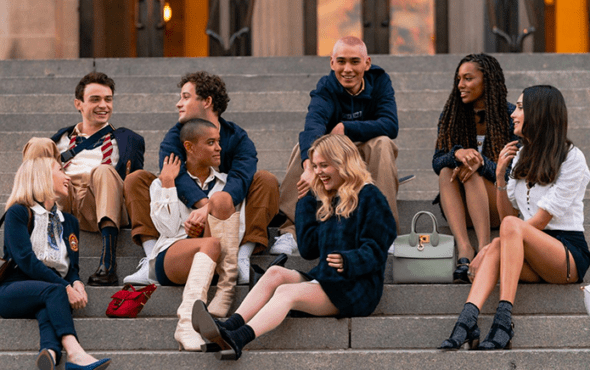 The new series follows a fresh generation of private school teenagers who are being watched and talked about by the elusive Gossip Girl.

The second part of the reboot’s first season is set to air on HBO Max this November and is set nine years after the original came to an end.

A large part of the reboot’s success has been credited to the fact it more accurately reflects the diversity of New York, which is a stark contrast to the original show’s predominantly white and straight cast.