Google to release 53 gender non-binary emojis onto their phones 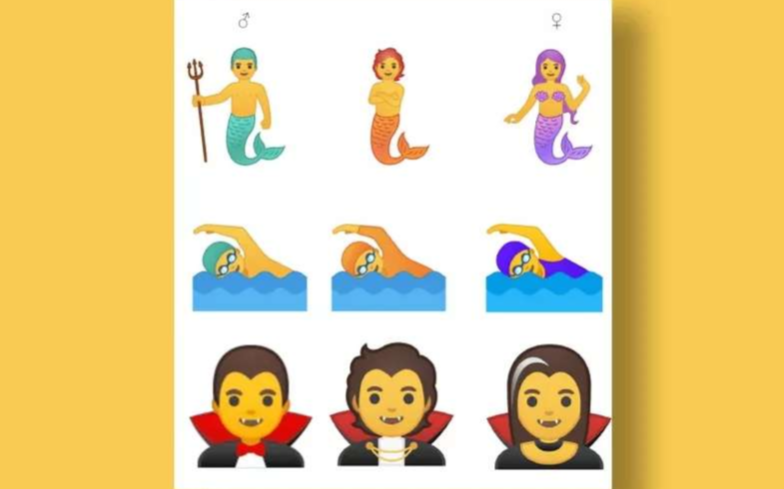 A beta form will be released later this month, with the full rollout later in the year.

Fast Company has reported that Google is set to introduce 53 gender non-binary emojis. The emojis will be released in a beta form later this month, before being rolled out on all Google phones later this year.

During development for the emoji, developers attempted to decide upon a hairstyle that would suit all, and opted to go for parted hair, with some curls and length.

Other variations of the non-binary emoji is the vampire having a chain instead of a bowtie or a necklace, and the merperson having their arms folded across their chest where either their pecs or a seashell bra would be.

Jennifer Daniel, one of the designers at Google, told Fast Company said: “There’s no singular way of getting it right. Gender is complicated.

“It is an impossible task to communicate gender in a single image. It’s a construct. It lives dynamically on a spectrum. I personally don’t believe there is one visual design solution at all, but I do believe to avoid it is the wrong approach here.

“We can’t avoid race, gender, any other number of things in culture and class. You have to stare it in the face to understand it. That’s what we’re trying to do – to [find] the signifiers that make something feel either male or female, or both male and female.”

However, as other phone companies only have gendered emojis, if a gender non-binary emoji is sent from a Google phone to a different device, it will be converted into either a male or female variant.