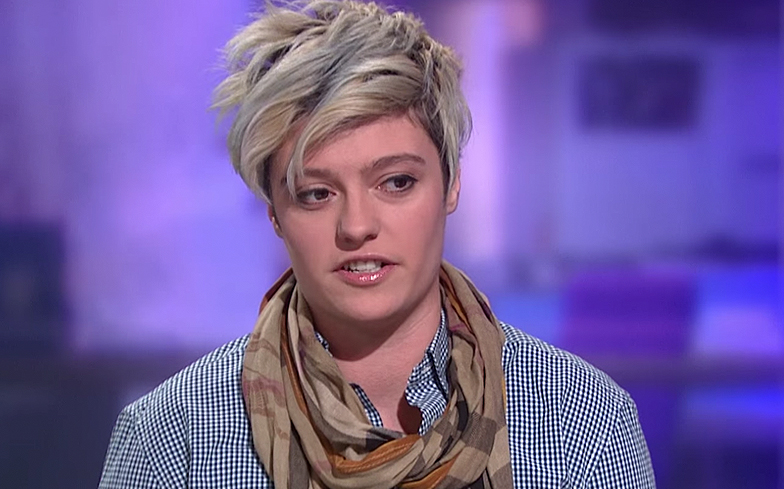 The ability to create your own ringtones. Interchangeable cases. Snake! What an iconic phone the Nokia 3310 was.

But writer and activist Jack Monroe found solace in the classic tech for a whole other reason in the age of the smartphone: the fact it doesn’t have any internet connectivity.

Monroe – who identifies at non-binary – was caught up in a poisonous online feud on social media with Katie Hopkins, to the point where the former Apprentice candidate was forced to pay damages for libel after claiming Jack was supportive of vandalism of a war memorial.

“An apology would’ve cut it all dead. I would’ve dropped everything for an apology but she still hasn’t been able to bring herself to do it,” Jack tells Will Young and Chris Sweeney on the latest episode of their Homo Sapiens podcast.

“All I wanted from her was an apology. All she needed to do was to just tell people to stand down… say I was wrong, I’m sorry.

“I didn’t even need a sorry, I just wanted her to say ‘stand down, I was wrong’…all she needed to do was use the same influence that had generated so much hate towards me to tell people to stop and she just wouldn’t do it!”

They added: “I’ve got a nice new couch, I’ve had four holidays and she got a £300,000 legal bill… It was two years of hell but at the end of it, I met my other half. I met her through work the day after and we’ve been together ever since so it’s a nice happy ending to what was an atrocious experience.”

That experience included an unimaginable amount of online abuse.

“I get a lot of threats, here and there, usually from men, but I’m quite computer savvy, so I’ve worked out a way of identifying who they are, using their IP addresses, email addresses, cross referencing with their broadband provider, going through ex directory, I’ve got a system… a bit of Google Maps thinking can I find you,” Jack explains. “I traced one of them about six months ago, so I forwarded the appropriate details on to the police saying this man’s been sending me threatening and abusive messages for the last year and I think you should deal with him. It’s handy to have a system like that!”

While it’s all good and well tracking down the person behind some of the more violent and vulgar comments online, the very fact you have to be subjected to them in the first place would be tough on anyone’s mental health.

However, Jack had an ingenious solution to that very problem, which has changed their life.

“[Online abuse is] exhausting but I’ve learnt to switch off. I went and bought myself a Nokia 3310 with no internet access. Twelve people have that phone number and it’s my ‘the world is getting too much… people can contact me on this if they need to’ phone,” Jack reveals.

“My mental health and work life balance just tilted in completely the right direction when I did that. It’s like wow, I’m not carrying around a pocket full of monsters, as I referred to it.

“These people just can’t be there, shouting in my face. I’m not wasting all my time scrolling through things. I started to read novels again, my writing’s better, my sleep’s better. It’s the number one thing I would recommend. I’ve got absolutely no regrets.”

You can listen to the full interview with Jack Monroe on the Homo Sapiens podcast here.

The second season of Will Young and Chris Sweeney’s show opened with a trip to parliament and an interview with Labour leader Jeremy Corbyn.

Gay Times joined them for a talk about LGBTQ issues that currently face the UK as part of LGBT History Month.