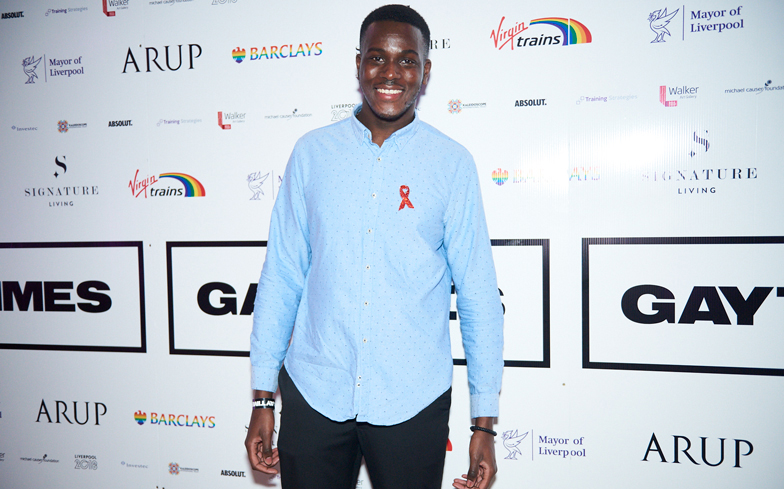 It’s National HIV Testing Week and that got me thinking. I remember the first time I got tested for HIV. It was in February 2013, I was 22 and it was only a few months after I became sexually active. I went with my best friend because he is also gay and started having sex with men somewhat recently too, neither of us had ever been tested before and I thought that we both should.

At the time, I had no idea what the process of testing for HIV was. I didn’t know how often you were supposed to test. I didn’t know testing was private and confidential. I didn’t know about effective treatment that could be taken by people living with HIV which could stop them from passing it on – take a look at Terrence Higgins Trust’s Can’t Pass It On campaign for more on that. I didn’t know black gay men were disproportionately affected by HIV worldwide. I wasn’t taught anything about HIV and STIs or testing during sex education.

We went to a drop-in clinic on a Saturday, we registered by filling out a form and sat in the waiting area. I had no idea what to expect; I felt a little embarrassed but I was very curious about how everything worked. I was willing to learn more and this was where my interest in sexual health began. If you know me, you’ll know I have a very short attention span so sitting in a quiet waiting room is hell for me. I picked up every single leaflet I could get my hands on, I read about all the different STIs, transmission routes, and even non-specific urethritis (look it up!). I managed to read all of the leaflets twice while I waited to get called. The waiting room was really quiet apart from my friend and I talking or cracking jokes.

aEventually, I was called into a private room. The woman who took the blood sample was really nice and she was very patient with me when my curiosity got the best of me. I asked lots of questions about sexual health before I left to give a urine sample. I was told that I would receive my results in seven days, I was given a card which explained everything I was tested for and a phone number to call for my results. The whole thing went rather smoothly but I was a bit anxious about getting my results even though I knew I was practicing safe sex but I also thought it would be better to know than not know.

When I was done, I realised my friend must have been called in shortly after me so I waited for him. Afterwards, we got some food (KFC), discussed how quick and easy it was and I explained some of the things I learned. Later that day I ended up looking up more stuff online. A week later I called, I was informed that everything was negative and got in the habit of testing every three months with my friend regardless of risk. I still get tested every three months for STIs and HIV now, the only difference is I leave with three months of PrEP as part of the NHS England Impact Trial. You should aim to get tested regularly for STIs every six months or every three months, depending on the type of sex you have and how many partners you have. Then at least once a year even if you use condoms or are in a long-term monogamous relationship.

The transmission of some STIs are very difficult to prevent, even if you are practicing safer sex. Testing is vital in reducing HIV transmission as it decreases the number of people living with undiagnosed HIV, who could be unknowingly passing on the virus without even knowing they have it. Around 1 in 8 people living with HIV in the UK remain undiagnosed, so it’s still a big issue. Many STIs are easily cured or can be vaccinated against, however you could have an STI without knowing. Having one STI can make others easier to catch; for example, if you are HIV-positive, other STIs can make it more likely that you’ll pass on HIV if you have sex without condoms. If you are HIV-negative, having another STI can make you more vulnerable to HIV infection.

Another reason testing for HIV regularly is important: the earlier you’re diagnosed the sooner you can begin treatment. Someone who is on effective medication for HIV can live a long, healthy life. When someone is diagnosed with HIV their viral load is high which means they can pass on HIV. However, with effective treatment, viral load can be made so low that it is not detectable in a blood test – this is what is called HIV-undetectable. That means you can’t pass on HIV through sex.

I understand that the subject of sex can be difficult for some but despite the huge improvements and all the HIV prevention tools available today, there’s been no change in the number of adults getting HIV worldwide and this urgently needs to change. Testing and treatment is private and confidential and must be made to be as normal as seeing your GP or going to the dentist for a check-up. Getting tested is about being in control of your sexual health for yourself, for your partners and for our community. Book an appointment today if you are due for a check-up then please empower and encourage everyone you know to do the same.

Get tested this National HIV Testing Week – you can order a free HIV test kits on the It Starts With Me.

Phil Samba was recently awarded the Gay Times Honour for STEM for his ongoing work in raising awareness around sexual health and HIV.