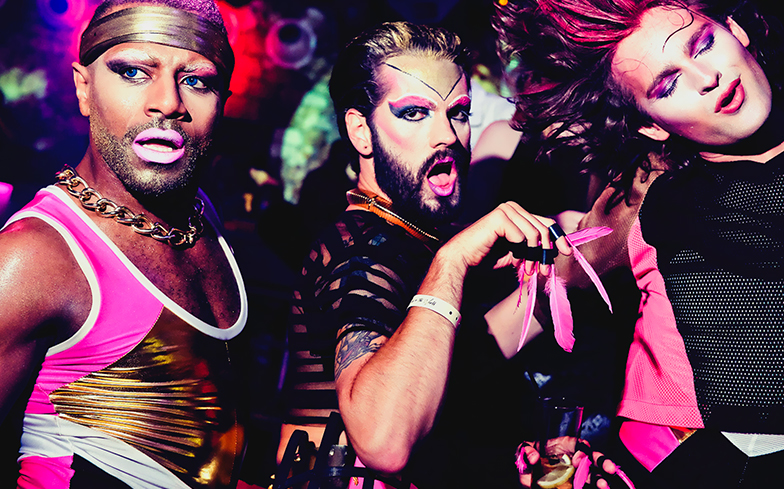 Get ready hennies: we’ve got one massive Pride party coming up that you’re going to want to be on the guestlist for.

Gay Times have teamed up with W London and Glitterbox for a series of loud and proud events for this year’s Pride In London, which takes place over the weekend 6-8 July.

Kicking off the celebrations will be Queer Me Out; a speaker series that has been initiated by W Hotels worldwide.

On Friday, 6 July, Sink The Pink organiser Glyn Fussell will moderate a panel discussion of the current success stories and challenges that face LGBTQ nightlife in London, and across the world. Gay Times US Commissioning Editor and Daddy Issues creator Oly Innes will be part of the panel, along with DJ and i-D’s Culture

Tickets for the event are free but space will be limited.

For the day of Pride in London (7 July), W London will be joining the parade with one of the most spectacular floats you’ll see in the line-up.

British fashion designer Jack Irving – responsible for multiple of Lady Gaga’s most fierce looks – has designed a series of bespoke outfits for a troupe of 70 people to march in.

Members from Glitterbox – the world’s most flamboyant and hedonistic party starters – will be on board, with their iconic drag performers and top-class DJs.

Chart-topping DJ act the Shapeshifters will be on hand to pump out the party anthems, while members of the Gay Times team will also be on board to capture every shimmering second.

There will also be a chance for a select few Gay Times readers to be on board too, but more about that will be revealed in the coming days…

Once the parade has finished, the celebrations will continue over at the W London – based in Leicester Square – for a glitter extravaganza at the When Love Takes Over Pride Party.

The Perception at W London will welcome hundreds of partygoers from 4pm for a night of fabulous festivities.

Glitterbox’s hottest DJs – including Melvo Baptiste, Sophie Lloyd, and Hifi Sean – will be on the decks blasting out tune after mother-tucking tune.

Yep, the Drag Race queen has inspired a new cocktail, which will be available until 8 July, and is made up of Belvedere vodka, lychee liquor and lime.

Tickets for W London’s When Love Takes Over Pride Party with Glitterbox and Gay Times are free, with drinks flowing for all. That means it’s going to be strictly over 18s only.

We’ll have more information on how you can get on the guestlist for the party next week, so make sure you check back.