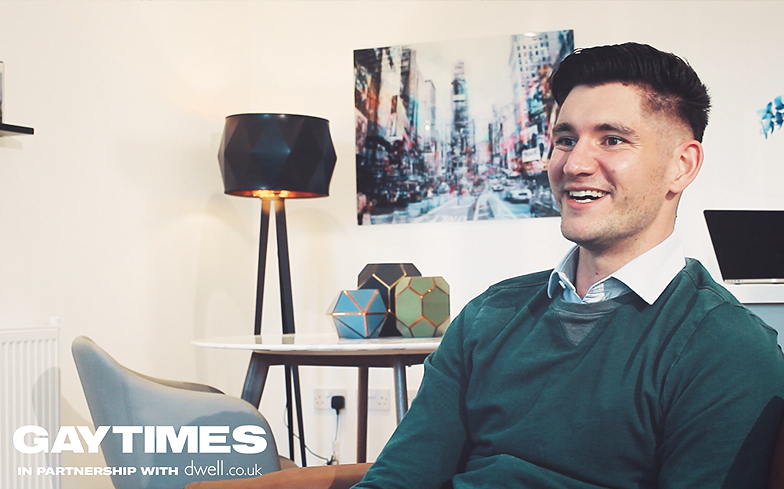 It’s sometimes the people behind the organisations, charities and social enterprises who get forgotten when the spotlight is often placed on celebrities or those in the public eye.

In order to recognise and reward LGBTQ excellence, we teamed up with dwell, the home furnishing company, to give one lucky individual the chance to win a home furnishing makeover, complete with the latest design-led furniture and decor.

Our Pride Hero is Phil Curry, a core volunteer for Pride in London who gives up his time every week to make sure the iconic event is a success, and also gets involved with the annual Pride Run which raises money for charities that support the community.

“I’ve always been really passionate about LGBT rights and getting involved in the community. Even today in 2018, there’s still a really important role for Pride. Whatever Pride means to you, it could be a protest, it could be a celebration, it could simply be an opportunity to be who you are on a particular day,” said Phil.

He was nominated by his friend Dan, who marched in his first ever Pride in London parade with Phil earlier this year.

“I’m absolutely over the moon, it was such a surprise. I’d only just moved in here, this is my first place, so I moved in with absolutely nothing. I’m completely blown away,” said Phil of the makeover. “I think it’s a really great place not just to enjoy but also to live and eat and work, and I’m hoping for many happy memories in the years ahead.”

Sean Galligan, Co-founder and Managing Director at dwell, said: “We are proud to partner up with Gay Times and we’re really thrilled to be involved in a makeover for their Pride Hero. It was great fun pulling together the look we created for Phil as his home was a blank canvas. He didn’t have anything, not even a kettle!

“For us, the makeover was not just an opportunity to showcase our exclusive designs, it was about saying thank you to someone who has given so much to the LGBTQ community a cause and a community close to the hearts of the founders of dwell and to the business as a whole.”