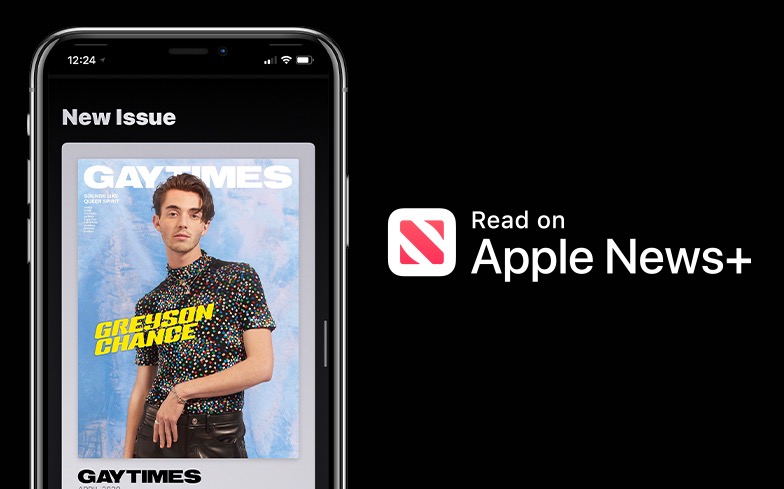 GAY TIMES is excited to announce that its flagship publication – GAY TIMES Magazine – is now available to Apple News+ subscribers in the UK, US, Canada and Australia.

Going forward, each newly-released issue of the UK’s longest-running LGBTQ+ title will be published on the service.

GAY TIMES has become the first European LGBTQ+ title to launch on the platform, starting with our latest music-themed issue Sounds Like Queer Spirit.

Greyson Chance, Chika and ALMA all feature on the cover, with the issue exploring the successes, challenges and importance of LGBTQ+ music artists in 2020.

Each month, our in-depth profile pieces, talent interviews, fashion editorials and commentary on the contemporary queer culture will be available on Apple News+ the same day the magazine issue is launched.

All of our free-to-read editorial content published on GAYTIMES.co.uk will still be available on our Apple News channel, which you can follow here.

GAY TIMES first launched on Apple News back in January 2019 and we have seen our audience grow exponentially on the platform.

GAY TIMES Magazine first launched in the UK in 1984, with its parent title, Him, dating back further to 1974.