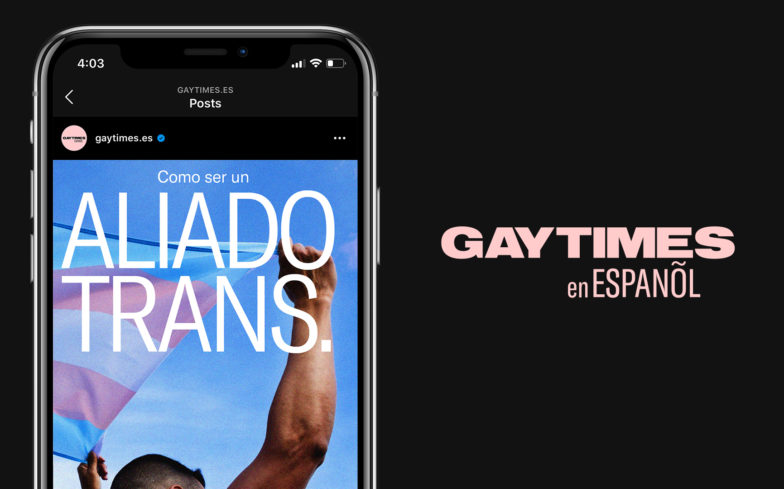 Following a rapid increase in audience engagement tracked across the last year in Spanish-speakers, GAY TIMES are excited to announce the launch of GAYTIMES.es on Instagram.

This will be the very first time that the brand’s offering will be made accessible in this growing audience’s Spanish language – and is demonstrative of GAY TIMES’ commitment to global community inclusiveness.

With a new team of writers hired from Spanish-speaking regions – they will work alongside the already existing content and design teams to bring GAYTIMES.es to life.

In doing so, the platform will be an authentic and locally driven platform that fuses together local expertise and storytelling knowledge with GAY TIMES’ pre-existing and world-renowned editorial.

GAY TIMES Magazine is already sold in cities including Madrid, Barcelona and Mexico City – but the brand remains committed to reaching their audiences on an instantaneous basis.

GAY TIMES currently reaches over 20M people on Instagram each month, and as the largest LGTBQ+ brand in the world on the platform, felt it was the perfect time to launch GAYTIMES.es:

“Our mission at GAY TIMES has been to tell more LGBTQ+ stories from the whole of our community – no matter where you live,” explains CEO Tag Warner.

“We’ve proven that mission through our work with Amplifund and raising voices in countries around the world. It’s now time for us to bring GAY TIMES storytelling to one of the world’s most spoken languages.

“We’re so excited to work with our existing company and new team-members to tell the rich stories of Spanish-speaking LGBTQ+ experiences through their own lens.”

GAYTIMES.es proudly launches today on Instagram with content pieces centring on bisexual myths, how to be a trans ally and localised news stories to be posted in the coming days.