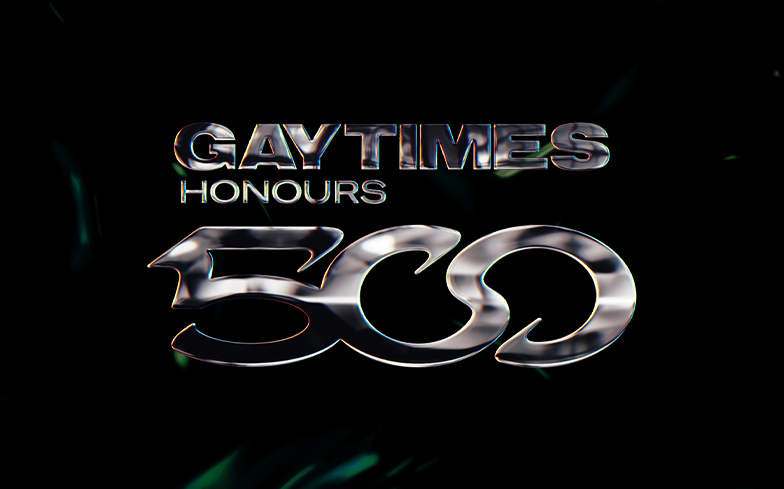 GAY TIMES HONOURS will return later this year, and you’re all invited…

We’ve been busy giving our annual LGBTQ recognition ceremony and celebration a major revamp and we’re very nearly ready to share with you some major announcements.

Forget what you think you know about GAY TIMES HONOURS because this year’s event is going to be a celebration of queer excellence unlike any that’s come before.

We’ll be back in London for the huge event, which will take place on 21 November with some world-class names performing and attending on the night.

As part of our ongoing celebrations of becoming the first LGBTQ media title in Europe to reach a landmark 500th issue, we have named this year’s event GAY TIMES HONOURS 500.

The performers, hosts and special guests on the night will reflect what our Issue 500 campaign set out to do; platform incredible queer talent making significant strides in our fight for true equality for all.

The very core of what GAY TIMES HONOURS stands for still remains; celebrating people and organisations that have had a profound impact on the lives of LGBTQ people in the past 12 months.

But we will be doing it on a scale unparalleled to what we’ve done previously.

We have an internationally-known, side-splittingly funny host, and there will be plenty of surprises on the night.

Better still, we will be offering you the chance to attend. Tickets will be free, but you’ll have to be quick when they are made available as they will be given out on a first-come-first-serve basis.

To make sure you don’t miss out on GAY TIMES HONOURS 500, sign up to our Amplified newsletter where you will be the first to find out when tickets are made available 24 hours before general release.

We promise you that GAY TIMES HONOURS 500 will be the queer event of the year.